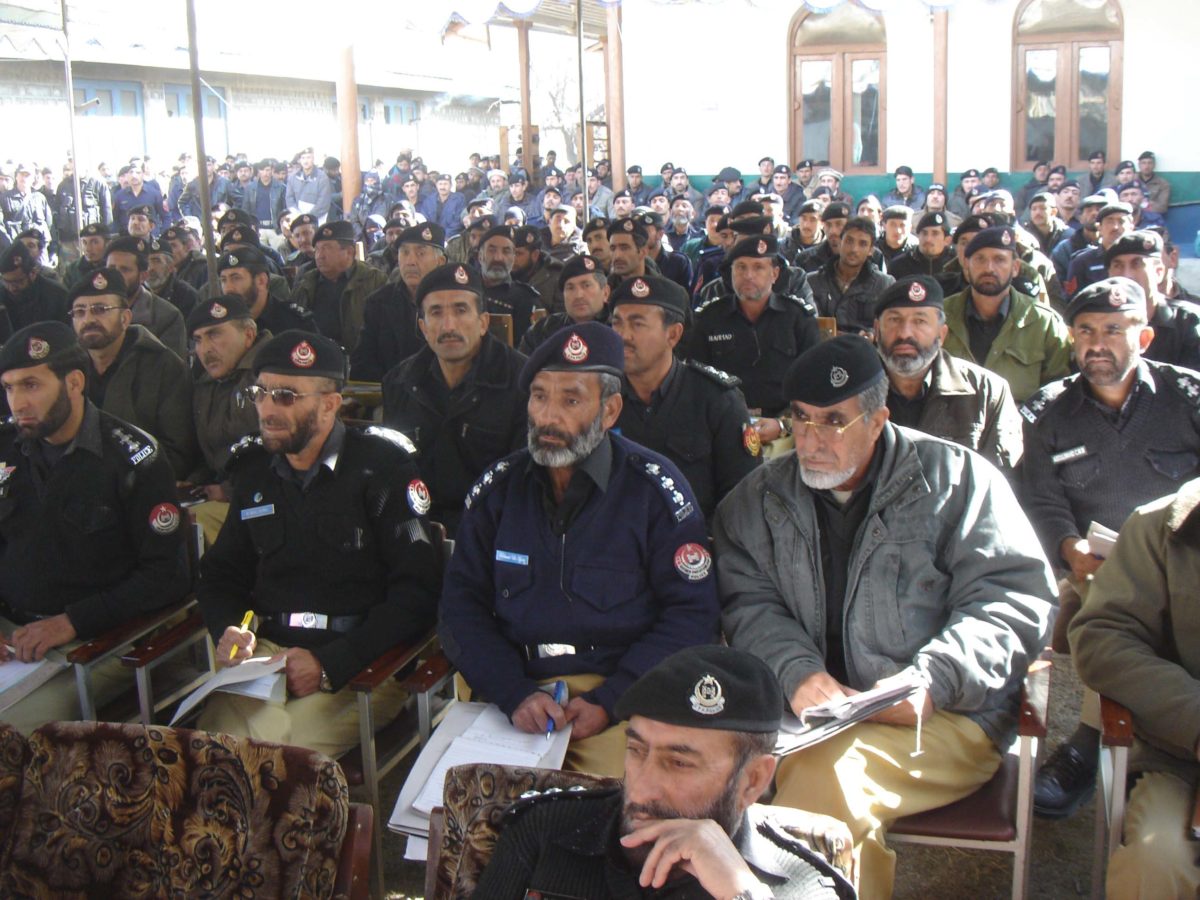 CHITRAL: Deputy Inspector General (DIG) Malakand Division Haji Abdullah visited Chitral and held open Darbar at police line Chitral. The police force brought their issues and problems in to the notice of DIG Malakand. Police constable complained that they are often depriving from their rights (Quota)  in police recruitment  on police sons seats. Some staff said that they were never given a change to attend any training for enhancement their professional skill.

Addressing to Darbar (Open Forum) DIG Abdullah appraised Chitral police services who overcome on Swat issue during insurgency and controlled the situation. He said that I always quoting Chitral police for their cleanliness, civilization and politeness. He said that Chitral police are honest, brave and committed. He stressed upon Chitral police to extend their patrolling  to each corner of district and keep eagle eyes on every doubtful persons so as to not violate peaceful environment of Chitral. He assured Chitral police for increasing salary of special police from 10 to 15 thousands and to rendered them all possible facilities and to give them their right.

He said that qualification of BA is must for investigation and traffic police staff. Khyber Pahtunkhwa will start more training and Chitral police would be given preference in these training. He said that special police force contract was ending on 31st December but on his recommendation their services were extended for more three years.

Earlier that District Police Officer Ghulam Hussain (SSP) briefed DIG regarding problems and issues of Chitral plice and requested him for its solution. DIG assured also listened complaints from police staff turn by turn and assured them for its immediate redresses.

It is worth to mention here that Traffic police had stopped all trucks on by pass road and them inside the Bazar  turn by turn as a result traffic was not jammed. People of Chitral felt sudden changes that they saw roads open and there was no rush by traffic jam by these Trucks who use standing  on both sides of the road. 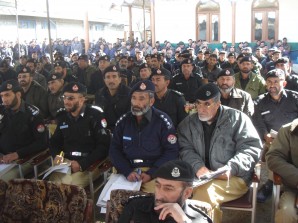