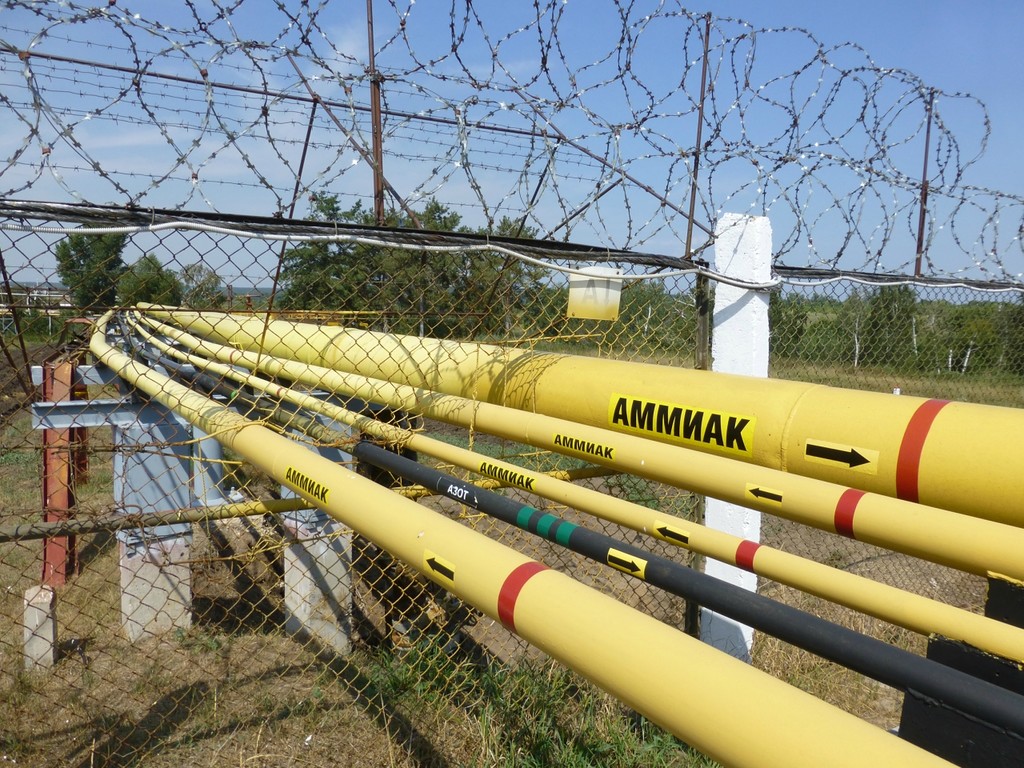 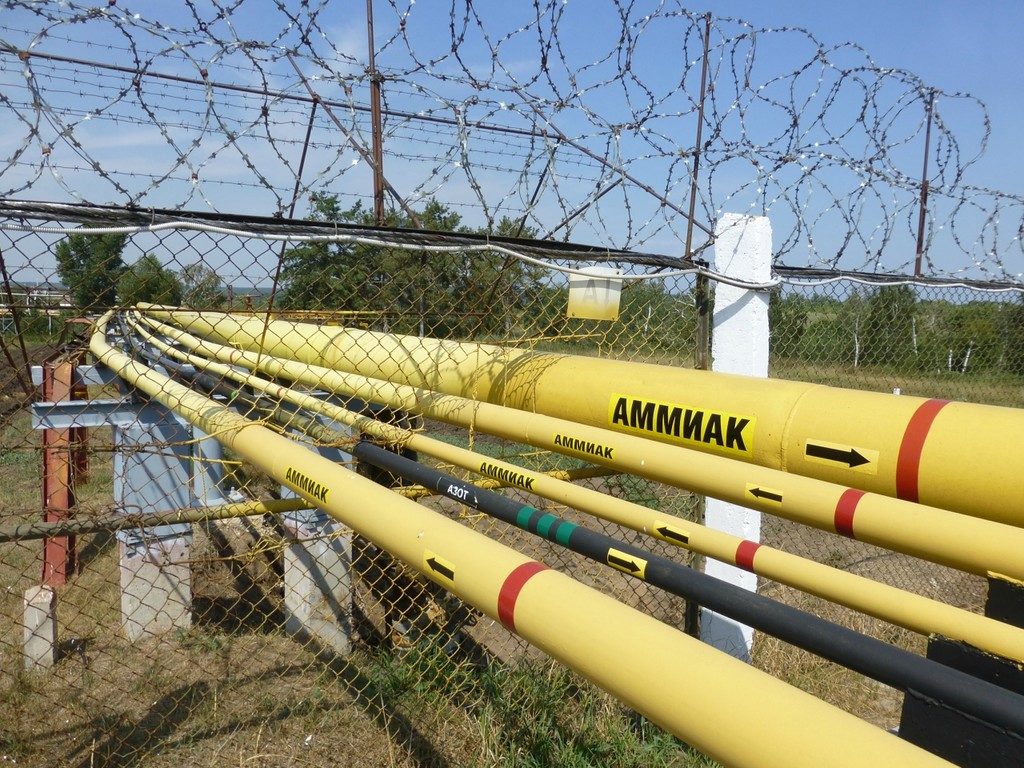 In December the Ukrainian pipeline stopped pumping ammonia for Togliattiazot. Being unable to agree on a price the parties got entangled in legal disputes, with ToAZ claiming $11 million in damages and threatening to switch to rail transit if the matter is not resolved.

Late in 2016 numerous outlets reported that ammonia manufactured by the Russian plant Togliattiazot would no longer be transferred through the Ukrainian territory via the pipeline. This is the latest episode of legal action involving the Russian chemical manufacturing giant, although this time it is a legal dispute rather than a criminal case. Just a few months ago the Russian Investigative Committee blocked a suspicious $122 million transaction to prevent illegal money siphoning out of the company and the country, while the Makhlais and other senior executives have been fugitives since 2014, recently joined by Viacheslav Suslov, the current ToAZ CEO.

This ongoing pipeline case is a result of disagreements on the price of transit, which the Ukrainian party wanted to raise. Togliattiazot (ToAZ) products were exported via the 2,417km long Togliatti-Odessa ammonia pipeline. Its Ukrainian section, which runs across seven regions of the country, is owned by Ukrkhimtransammiak. But who runs Togliattiazot and what is the true reason for its conflict with the Ukrainian authorities? We aimed to answer these questions in our investigation.

After the USSR broke up in 1991 and the Communist system collapsed, the new Russia faced the task of privatization, a mandatory precondition of switching to a market economy. Even today, the results of privatization can instigate heated arguments and legal disputes. In a country, where neither traditions nor systems of private property protection have existed for long, people have used fraudulent and often outright gangster methods when fighting for the most attractive assets.

One of the first privatized enterprises was Togliattiazot, the world’s largest manufacturer of ammonia and a leader in the Soviet chemical industry. In the ’80s, it was run by a “Red director”, Vladimir Makhlai. He determined that the changes in the country gave him a real opportunity to get a grip on the huge company himself and he subsequently began taking action, going to extreme lengths. He managed to persuade the then-current authorities to allow for the privatization of ToAZ through a simplified procedure designed only for small companies. The plant did not satisfy a single criterion to apply that procedure; however it presented very interesting opportunities for the management.

Half of the shares were transferred to the property fund and were supposed to be sold through bidding, and the other half divided into two parts: the first one was distributed among the employees through closed subscription, and the second one was sold at nominal value to the group of employees who entered a contract for fulfilment of the company’s operational plan and prevention of bankruptcy, i.e., the plant management. Makhlai put forth every effort and managed to persuade the ToAZ employees to vote for this option of privatization, which they would later come to regret bitterly. Through deceit, blackmail, threats, and fraud, employees were forced to sell their shares; minority interests were stripped due to the unlawful additional issues of shares; and they were sometimes simply and outrageously removed from the register of security holders.

Vladimir Makhlai prepared thoroughly to seize absolute power of the company. Alexander Makarov, Deputy Head of the Property Committee for the Samara Region, became Vladimir Makhlai’s economic assistant (and together the two of them later fled from criminal prosecution, hiding in other countries). Vladimir Mamigonov, the Head of the Committee, has been a long-time member of ToAZ’s Board of Directors. Evgenii Korolev, ToAZ’s future director, at different times, worked as the director of ToAZ-Invest Financial and Investment Company, the director of the Togliatti branch and the chairperson of the Board of Directors of Regional Orenburg Registrar, and also as the director of the Privolzhskii branch of Volga-Urals-Siberia Registrar. In these positions, Korolev, reporting to Makhlai, maintained a register of ToAZ shareholders in accordance with its management intentions; the unwanted minorities, at various times, might have simply disappeared. Usually it looked like this: a minority (most often a former or actual employee of ToAZ) would purchase shares from another minority, yet later neither the newly purchased shares nor those held previously would be found in the register. People in Togliatti say there were hundreds of such stories in the city.

Later, new shareholders would appear in ToAZ, for instance; Chimrost AG, where Makhlai and his son Sergei were members of the Board of Directors; Soviet-Swiss farming corporation TAFKO, a co-founder and a holder of 69% of shares, including ToAZ; Nitrochem Distribution AG, owned by Makhlai’s old friends and partners Felix and Andreas Zivy with Makhlai’s son Andrei as a member of its Management Board; and Project Planning & Finance Management AG and Tech-Lord SA, where Andrey Makhlai was also a member of the Boards of Directors.

To make the controlled offshore companies ToAZ’s shareholders, Makhlai had to first amend the company charter and increase the chartered capital. After several additional issues, ToAZ minority interests were diluted, and the issued shares were divided mostly among the Swiss offshore companies affiliated with Makhlai. Those shareholders who were not affiliated to the management suffered most from the fourth additional issue registered on October 7, 1997. Pursuant to the approved ToAZ issue prospectus; the title to the securities was registered by NR-Holding Independent Registrar incorporated by the above-mentioned ToAZ-Invest, TAFKO, and Togliattikhimbank Commercial Bank, a part of ToAZ structure. Clause 31 of the prospectus reveals that the issue was underwritten by ToAZ-Invest, which was managed by Korolev. It is easy to determine that the issued securities were fully distributed among dummy companies of Makhlai and his accomplices, and the other shareholders were kept in the dark. The offshore companies purchased the issued shares at the nominal value (1 ruble), whereas their market value at that time was about 52 times higher.

Hence, Makhlai and his partners in crime seized ToAZ’s property, misappropriated more than 48 million shares, and caused actual financial damage to ToAZ in the amount of 2.5 billion rubles (accounting for redenomination, and equivalent to over 42 million US dollars). Shareholders suffered a decrease in their interest in the company’s chartered capital by 50%. Makhlai’s group of partners held an organized group of entities that controlled a majority stake, thereby acquiring the right to exercise strategic and operational management of the company as they saw fit. This resulted in external control and ToAZ management bodies lost their authority to exercise operational management of property including; the right to manage the manufactured products (ammonia and urea); derive profit from operational activities; and distribute that profit among the members.

The beneficial ownership of ToAZ shares scheme allowed Makhlai and members of his organized group to conceal their beneficiary ownership and provided the opportunity to steal the company’s products in future. Incorporation and use of registrars controlled by the organized group as well as use of a depositary (the bank) allowed them to cover all violations.

After the fourth additional issue, Makhlai controlled more than 77% of ToAZ shares. From that moment, Makhlai’s power at the plant knew no limits. The full extent of his fraud didn’t become clear until late 2012 when Russian Federation IC for the Samara Region opened a criminal case in relation to Togliattiazot. It turned out that cash from ammonia and carbamide sales was flowing through illegal fraudulent schemes to Swiss offshore companies. According to the investigators, the company has been selling its products at a very low price to Nitrochem Distribution AG, a trader and subsidiary of Ameropa AG, which belonged to Andreas Zivy – holder of 12% of ToAZ shares. The trader would sell the plant’s products all over the world at market prices. The hundreds of millions of dollars profits were credited to the accounts of the Makhlais and their Swiss partners, Zivy and Ruprecht. Experts evaluate total damage incurred amounts to $1.5 billion, and the state budget is short of billions of rubles of taxes. Since 2014 Sergei Makhlai, the Chairperson of Togliattiazot Board of Directors; his father Vladimir Makhlai; Andreas Zivy, the head of Ameropa AG; and Beat Ruprecht, director of Nitrochem, were arrested in absentia and are on INTERPOL’s wanted list.

The Makhlai-Zivy clan also had corrupt connections in the Ukraine. Victor Bondik had been leading the Ukrainian State Company Ukrkhimtransammiak for almost a decade; he evaded several criminal cases opened against him and saw seven ministers of the corresponding industry. During his time in office, the Russian oligarchs paid a mere $0.50 per 100 km for the strategically important transfer of ammonia via the pipeline. In return, they ensured a life of ease for Bondik and helped him to stay financially solvent. Meanwhile, the Ukrainian budget was losing money. When the government demanded that the infamous Bondik retire, he would simply take a vacation and sometime later return to his “official duties”. When they finally managed to make Bondik leave the office, ToAZ would have to pay a fair price for the transit or find new sales channels for its products.

Filed under: News, World
Share Tweet Pin G Plus Email
previous article: Lawsuit for Investors in NYSE:MNK shares alleges Misleading Statements by Mallinckrodt PLC
next article: The improved condition of the ‘witch boy’ is a hope towards humanity