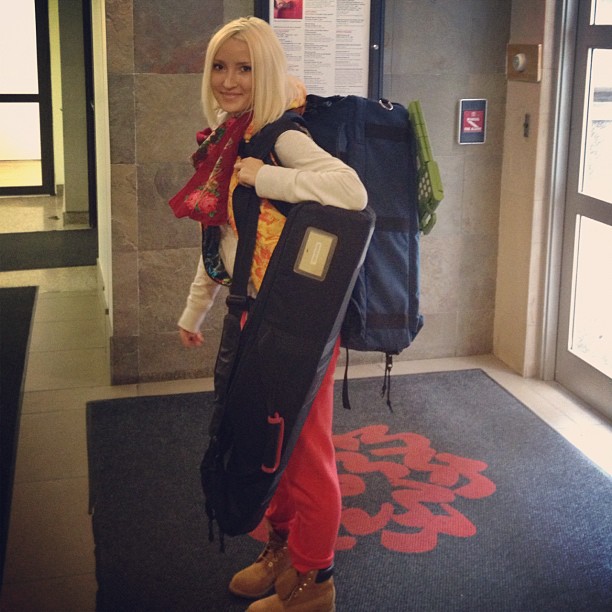 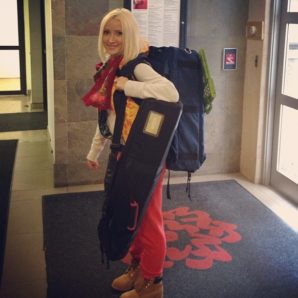 As a former news reporter, Liliya Anisimova knows how to present a story, and now she’s proven her talent extends into the world of film as well.

Anisimova won the the 2015 Award of Merit from the IndieFEST Film Awards for her film Love is the Highest Law, a documentary that follows two brave homosexual men who leave Russia and begin their lives in the U.S. in a revealing journey that proves one country’s laws can never regulate love.

Considering the fact that many of the internationally-recognized IndieFEST artists and featured films go on to win Oscars and Emmys, as well as other prestigious awards, Anisimova’s recent award is a telling recognition that promises many more to come.

For Liliya Anisimova, the award is really a celebration of her lifelong commitment to reporting the news.

As a little girl growing up in Volgograd, Russia—formerly Stalingrad—she says their only news came from newspapers and television news reporters.  Anisimova’s mother often retells the story of how Liliya, even at a young age, would pretend to be an anchor.

“My grandparents made a TV set out of a big box, and I would get inside and pretend—I’m that beautiful woman inside the TV,” laughs Anisimova.

She explains how much of a long shot it really was to even imagine, saying, “Back in the day we only had a few channels and news anchors were almost like the voice of God for the audience.  It was almost insane to dream to become one of them.”

But become one of them she did.

Anisimova moved to Moscow at 16, where she began pursuing her “insane” dream—which soon proved a natural fit.  Already writing articles for publications as early as 13-years old, she got accepted to one of Russia’s most challenging and prestigious schools, Moscow State University, where she earned a degree in journalism with an emphasis in broadcasting.

This student wasn’t content to simply sit back and learn, however.  She called up a local news station, told them she was in the area to study, and asked to gain some “more practical experience” than what she was getting in the classroom.

Anisimova recalls, “The next day I was in the editor in chiefs’ office, and the day after that I went for my first news shoot with the crew.  In one month I signed my first contract as a news reporter and got my first salary.”

It was during this crucial time however, that she also began to become aware of unfair government rules and regulations that affected citizens.

“Eventually I started doubting myself, whether it is ethical and if it is real journalism to work for state news. The whole channel was pretty much owned by the government,” she explains.

She was rightfully receiving attention for her coverage of local and national events, but Liliya Anisimova has ever been one to accept praise and look the other way.

“As my personal political beliefs grew further and further away from those of the station and the general view of the Russian population, I made a decision to leave the channel.  Realistically I knew there was no way I could stay in the news field without having internal conflicts with my own beliefs,” she admits.

Returning home and taking a few months to decide what to do next, she recalls turning on her mother’s TV once again and, this time, seeing that a whole new world had opened up in television—The Russian Travel Guide channel.

It was at this crucial point in her young career that Anisimova got into producing and, eventually, directing.  For the Russian Travel Channel, Liliya was not only the face but also the thought behind some of the stories featured, proving that her childhood fantasy of being “that woman inside the TV” fell short of how far she would actually go.

Anisimova’s ability to speak the truth to us from behind the camera over the last years is what has really been turning heads.

She went on to New York to study her craft as a filmmaker creating the film Magic of the Underground soon after.  The film depicts the journey of a man she met on the subway in NY.  Rather than simply ride, Steve, the subject of the film, offered fellow riders the most incredible magic show.

“What fascinated me the most is that people did pay attention,” says Anisimova.  “Usually people on the NY subway are oblivious, but the whole train was into his performance and would give him a lot of money afterwards.”

When Steve the magician handed all of the money to a homeless man begging on the train, the former reporter was beyond enthralled with him; and so, after Steve got off of the train she leaped onto the platform and started a conversation with the man who would soon be the subject of her documentary.

For the next eight months she made an incredible portrait of a man many would have never known or understood if Anisimova’s eyes had not viewed something magical that day.

Magic of the Underground earned The Best Experimental Film Award at the 2014 Hollywood Independent Reel Film Festival in Los Angeles.

Her most recent film Love Is the Highest Law opens viewers to another world they may have never seen without Anisimova’s dedication to bringing audiences some of the most relevant social issues occurring around the world today.

Anisimova’s recent IndieFEST award, and the growing attention it is receiving internationally, comes as no surprise to documentary filmmaker Michel Negroponte. “Not surprising, because Liliya develops an idea thoroughly and thoughtfully, and most importantly, she knows how to tell a story cinematically,” he says.

As an excellent journalist, Anisimova was trained to tell a story; but it’s her personality that really shines through as a director.  Liliya says it’s just her “talkative” side.

“I get inspired by people, their stories and life itself.  I’m a very talkative person, sometimes too talkative,” she laughs and admits, “but I’m a good listener as well, so I like to talk to people everywhere- in the cabs, on the plane, in small town galleries or coffee shops – you never know where you’ll find a new story.

Atop all the awards and press she’s receiving for Love Is the Highest Law, Anisimova says she is most rewarded by a recent audience member’s reaction, just before a Q & A she was asked to be involved in after a screening of her film.

She met a man giant in size at around six-foot five and whom she would have never imagined crying.  Yet he was.

“And I mean not two tears.  He was crying,” describes Anisimova.

Being the first one to speak, this man thanked the writer and director for making the film.  She recalls, “He said, thank you for being brave enough to tell such a story.  Thank you for telling my story.  Because this film is about me. We went through the same situation with my husband.”

“I think that is the moment that is worth making a film for,” the director concludes.

For the little girl who dreamed of being “that beautiful woman inside the TV,” Liliya Anisimova has truly found her place as an extraordinary documentary filmmaker.  And wherever she decides to go or whatever she tackles next, success is sure to follow.

Filed under: Film, Lifestyle
Share Tweet Pin G Plus Email
previous article: The Truth of Genesis: A Question of Marriage, Part 2 of 4.
next article: Equity Fund in the field of Biotechnology Launched