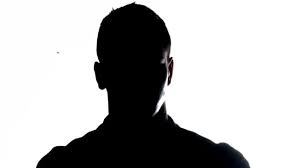 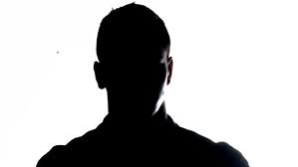 He is the top official in charge of the “illegals” program here in the U.S. for the Russian Foreign Intelligence Service (Russian: Служба Внешней Разведки Sluzhba Vneshney Razvedki or SVR). He is known only by the section of SVR HQ that he works in – “Directorate “S”. Even his very name is a “state secret”, according to my sources in Russia.

He is the top official in charge of the “illegals” program here in the U.S. for the Russian Foreign Intelligence Service (Russian: Служба Внешней Разведки Sluzhba Vneshney Razvedki or SVR).

He is known only by the section of SVR HQ that he works in – “Directorate “S”.

Even his very name is a “state secret”, according to my sources in Russia.

Repeated attempts throughout the years to find out this individual name has been unsuccessful. But who knows maybe one day we will get lucky?

It was this mysterious “unnamed official” by the way, that the 11 accused Russian spies, including Anna Chapman were actually working for at the time when they got “busted” by the FBI on charges relating to espionage back in 2010.

From what I understand Directorate “S” reports only to one official at the SVR – the current director, a man named Mikhail Fradkov – who reports only to the President of Russia and select members of the Russian Duma, according to their website (http://svr.gov.ru).

The SVR Director is appointed by and reports directly to the President of Russia, currently Vladimir Putin – once a week for special briefings.

Not much is known about Directorate “S”, apart from limited source material, and a sprinkling of news articles – none of which mention his name by the way is that he is in charge of the illegals program in the U.S.

We also know about this individual from a little book entitled: “Biological Espionage: Special operations of the Soviet and Russian Foreign Intelligence Services in the west” by Alexander Kouzminov in 1991, who gives us a rare first hand account of what goes on inside Directorate S and Department 12.

Kouzminov is a former KGB officer, who supposedly worked in “Department 12″ within Directorate “S”, which carries out and directs all special operations in target countries, using “illegals”. That would include obviously the United States and other countries, including NATO.

Kouzminov wrote the “proverbial book on the inner workings of the SVR” – after he retired from the Russian intelligence service after years of dedicated service. He gave us key insight into the workings of the SVR, we could never had gotten any other way perhaps.

“Illegals” are networks of Russian intelligence operatives – who are secretly deployed to the west and operate covertly, using false identities, under what is called “unofficial cover” – the reason for this is in case they get busted the Russians can disavow any knowledge of them.

These highly trained Russian operatives often masquerade as U.S. citizens and infiltrate positions of trust within the government and military so they can conduct espionage activities detrimental to our national security interests.

In his book Kouzminov said this about the illegals program quite openly:

“We prepare our illegals to work in target countries 15-20 years maybe more. Our key tasks in Department 12 was international biological espionage, running illegals, cultivating, development and recruitment of agents (usually citizens in target countries). We also planned and prepared for acts of biological terrorism and sabotage on the territory of target countries, carrying them out in an event of war or military conflict with the west. While supporting existing Russian biological programs…”

Which is consistent with what we know of the 11 Russian spy suspects, arrested, convicted and traded in an elaborate spy swap last week.

When asked in an recent interview what it means to run illegals or agents in foreign countries hostile to Russia – Kouzminov responded: “It’s about control!”

He continues: “Foreign intelligence services overseas has a so called ‘Line N’ meaning support of illegals. Their tasking was to support the operations of Directorate “S” that were carried out by illegals. That included logistical support, like arranging clandestine meetings, their surveillance, financial support, contacts, covers, legends and spy craft.’Line N’ officers preformed tasks like approaching and cultivating potential agents and recruiting them…I also assessed intelligence information from our sources (illegals) in target countries”, he openly admitted which lays at the heart of espionage work.

Line N officers, he said were “the ones who met with the Russian spy suspects.” They often exchanged information with agents and spies using wireless communication devices, pre-paid cell phones, dead drops and brush passes.

One scary aspect of Kouzminov’s book is something he calls: “Day X”.

Day X – is basically an evolving contingency plan for war, that the SRV maintains as part of it’s mission and purpose.

He writes in his book:

“The formula Day X in our documents meant the beginning of a large scale war against the west. Our department 12 (together with department 8) was in charge of perpetrating acts of sabotage and terror on the enemy territory…to participate in so called: direct actions, which are clandestine acts of biological sabotage and terrorism against potential strike targets. These included: “Army targets and classified biological warfare ammunition, stockpiles, military garrisons, bases and military (and other) defense commands, like those which surveillance of biological weapons activities. Civil targets included public drinking water systems, food stores and pharmaceutical and biotechnological plants, also the economy.”

He concluded by saying: “our tools for these actions included, first and foremost our illegals, whom we had planted in the target country. These were the most reliable, well trusted special agents.”

His book gives us a sense of how very dangerous the 11 Russian spy suspects really were.

I suspect Directorate “S” will be conducting debriefings with all the spy suspects to try and determine the amount of compromise in this case.

He may also be the one responsible for assigning new “illegals” to replace them, if he hasn’t done so already.