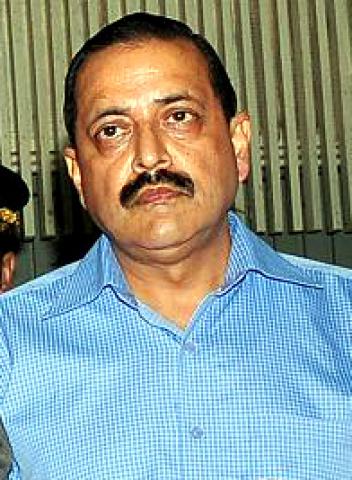 Jammu, March 23 (Scoop News) –Describing the March 01, 2013 coalition government order disarming the police and paramilitary personnel on law and order duty as ill-conceived and unprofessional, Dr. Jitendra Singh, BJP State Chief Spokesperson & National Executive Member, said that not only such a direction was passed in total disregard of the principles of security deployment but what is worst is that instead of maintaining confidentiality as expected in such security related decisions, the  government order is an open secret known best to the militants, who have skilfully used it to ambush and target police and paramilitary personnel repeatedly during the last two weeks.

Dr. Jitendra Singh said it is ridiculous how the government justifies that police and para-military personnel will carry weapons when fighting militants but not carry weapons when on a routine patrolling duty in militancy affected areas. Does the government expect the militants to give a prior information of an attack so the disarmed security personnel get enough time to pick up their guns, he asked.

Going by the same analogy, Dr. Jitendra Singh asked,  would Chief Minister and ministers also disarm the PSOs and SSG personnel guarding them and ask them to pick up weapon only after the VIP guarded by them comes under an attack by militants.

Such sensitive decisions require to be taken with great precision and professional expertise, said Dr. Jitendra Singh, adding that political considerations can not be allowed to bias such decisions and that too at the risk of lives of innocent Jawans.

Questioning the wisdom of suggesting selective withdrawal of AFSPA from some districts, Dr. Jitendra Singh said, this means that once a security personnel, while chasing a militant enters from an AFSPA district to a non-AFSPA  district, he would suddenly be devoid of all protection available under AFSPA thus becoming a soft target before the militant whom he is chasing.

Dr. Jitendra Singh called for immediate revocation  of the government order disarming the cops and said such revocation will help restore  confidence among armed forces.