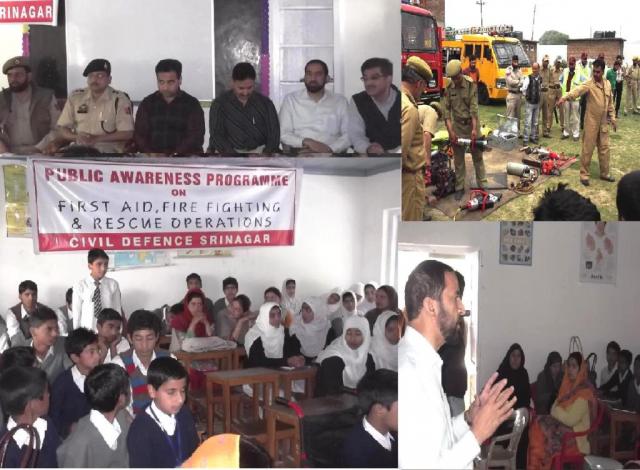 He stressed on the necessity to learn about safety measures required to be taken in the event of human-induced and natural disasters, especially earthquakes, as Srinagar falls in Seismic Zone-V. He urged school children to learn and spread the message of safety amongst their friends and relatives. Speaking on the occasion; SP City West, Srinagar, Dr. Sunil Gupta stressed on the need to learn such trainings. He informed the students that their help would be sought, on completion of their training, for assisting the department in management of traffic in the area, as well as during important events, like Yatra.