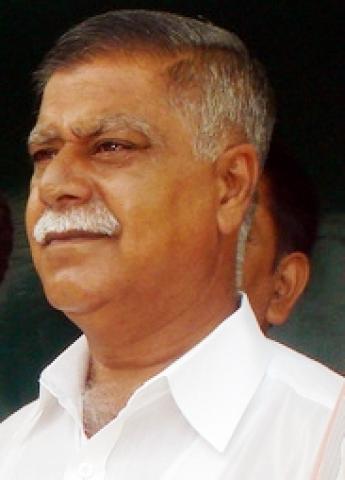 Jammu,July 25 (Scoop News) – The farmers of Jammu province are once again subjected to gross discrimination and total neglect by the state government. On one hand no rains and on the other non avaibility and supply of of electricity is going to badly hit the crop this season. This was aleged by BJP MLA from Marh assembly constituency Sukhnandan Kumar while listening to the grievances of the people, mostly from rural areas, who called him during his public darbar at party headquarters on wednesday.

Sukhnandan Kumar said that the state’s coalition government has no concern for the farmers and the same is clear from the fact that despite repeated representations and even direct talks with the Chief Minister, Agriculture Minister and senior most officials of the Agriculture department, no effective steps has been ever taken to resolve the problems of the farmers.

Sukhnandan Kumar said that the last three years witnessed massive protests, road blockades, dharnas by the farmers in large numbers in diferent parts of Jammu province and every time only hollow promises were made to pacify the agitating farmers. Whatever was committed or assured by the government officials was never fulfilled, which is a cruel joke with these people. He said that the BJP MLAs too have been raising the problems of the farmers from time to time and assured that the voice of the farmers will be raised more effectively to exert pressure on the government to wake up and pay attentuion towards the suffering farmers. "We will be once again forced to sit on protest if the government do not listen to the farmers" he declared.