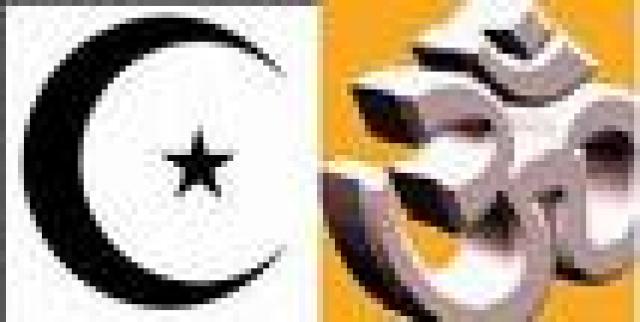 Kashmiri Pandit migrants,on Monday joined a funeral procession of Ghulam Mohi-Ud-Din,younger brother of Asiya Bi, a migrant widow living in Muthi migrant camp in Jammu, on a day when several thousand others organised 19th holocaust day- marking their migration from the Kashmir valley in January 1990.

As news of Ghulam Mohi-Ud -Dins’ sudden death spread in the neighborhood, several kashmiri migrants got in to the act early Monday morning and collected money to perform the last rites of Ghulam.

Ghulam’s nephew Ajaz Ahmed Mir said, "my maternal uncle was undergoing treatment in government medical college and he was shifted to the hospital on sunday morning. My unlce died on sunday evening and when i informed my mother about him she lost her control and started mourning.Large number of kashmiri migrants assembled in our flat and consoled my mother. He said in the morning these migrants arranged ambulance and helped him bring back dead body of his uncle.

He said in the afternoon we visited Janipur graveyard where last rites were performed as per their religion. Large number of migrants attended the last rites.

Raj Nath Raina, a migrant who participated in the funeral procession said," when we first received the information about sudden demise of Ghulam Mohi-ud -Din we decided to collect money and inform the local mosque to take charge of the last rites".

Raina said, "we live in neighborhood and it was our responsibility to perform the last rites of our neighbor.Raina said, "we also wanted to show the outer world that both hindus and muslims continue to live in harmony even in exile".

"We share each others grief and sorrow and we want to return to our own homeland at the first opportunity".
"We are eagerly awaiting normalcy to return to Kashmir before heading back home", Shambu Nath Kaul, another Kashmir migrant said sending a silent prayer with folded hands.