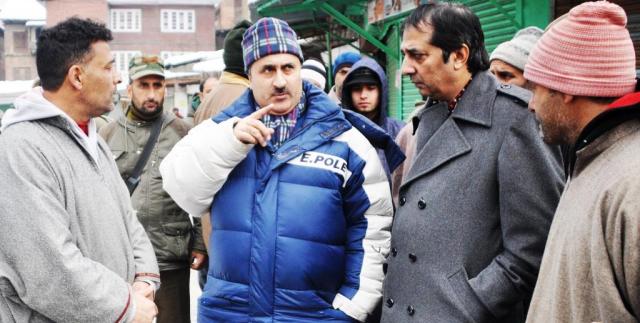 Srinagar, January 15 (Scoop News) –Divisional Commissioner Kashmir, Dr. Asgar Hassan Samoon visited Lal Ded Hospital, SMHS, Bone & Joint Hospital and JLNM Hospital Rainawari on Sunday to assess the situation due to snowfall. He interacted with the patients and enquired about the availability of medicines and adequate heating arrangements. He inspected the Boiler rooms in the hospitals and asked Principal Govt Medical College, Srinagar, Dr. Professor Qazi Masood to ensure un-interrupted heating arrangements at the Associated Hospitals. He also visited Jamia Masjid at Sher-e-Khas and interacted with the locals.

Snow clearance machines were deployed at Srinagar International Airport since 4 a.m. by MED and the Beacon authorities also deployed their machines for clearance of apron and runway since 1 a.m., but due to poor visibility & continued snowfall no flight operated, so far.