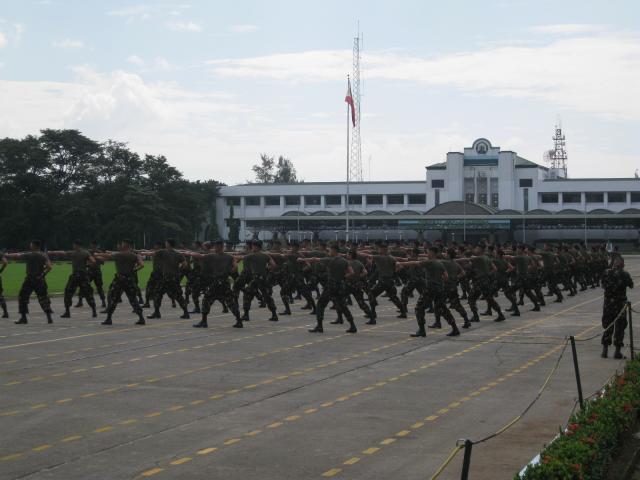 After so many decades,  a retired Philippine military general had finally come out in the open to divulge in a Senate public hearing the shenanigans in the military hierarchy–an illegal practice that had enriched the pockets of those who sit at the top during their tenure.

The whistleblower–Lt. Col. George Rabusta–came at a time when most of the junior and ordinary soldiers are crying foul due to the military top brasses’ ineptitude on their plights. These sentiments were manifested when the Magdalo soldiers led by current Sen. Antonio Trillanes took over Oakwood in Makati City many years back to show their frustrations on how higher corrupt  military officials are tinkering and dipping their hands on the billions of taxpayers’ money at the expense of the thousands of soldiers’ lives in the frontline.

Many Filipinos both in the Philippines and around the world were shocked at how the whistleblower narrated in details how the top officials in the Philippine military had manipulated the millions of funds to their advantage. I wasn’t surprised when Sen. Trillanes rose to the occasion after he lost his cool during the said public hearing, wherein he ventilated his anger and explained to the committee and media as to the reason why he rose up against the government during the time of former President Arroyo. It’s not surprising that Sen. Jinggoy Estrada would be mad and had insisted on grilling the former chief of staff for his alleged participation in corruption activities in the military. When former President Estrada was ousted from his post, it was Reyes who whispered to him to step down. Yet, the former AFP chief allegedly got 1.3 billion pesos in funds from the former president for use of the military in Mindanao against the insurgents.

It was unnerving to hear from the whistleblower himself that some 40 million pesos had to be accumulated in order to satisfy the wishes of the former chief of staff’s office monthly expenditures. But this illegal practice of fund diversions has been going on for a long time now. And billions of pesos had changed hands, encompassing so many AFP chiefs of staff over the decades. And who wouldn’t be surprised to find that some of these top military officials have mansions, if not big houses, upon their retirement from the service?

Of course, it was a blessing in disguise to find out that there are still honest and brave military officials who could come out in the open to tell the truth. Modesty aside, I was assigned to cover the general headquarters of the military for a couple of years. At least, it gave me a chance to mingle with the top military brasses at that time. However, I was caught by surprise when Rabusta said that even the Defense Press Corps, had been getting a ‘payola’ from the military. Ordinarily, mediamen covering the military had to establish rapport with the chief of the Public Information Office as he is the spokesman of the AFP and most often, the go-between reporters and military officials they wish to interview.

The Senate public hearing was an eye opener for millions of Filipinos. It also paved the way for the government prosecutors to open their senses and agreed to re-open an investigation into how Maj. Gen. Garcia, a former AFP comptroller, was able to accumulate 300 million pesos in his possession. The public is now suspicious that it was not only the former AFPchief who made use of these illegal funds but also those who served before him. Illegal diversion of government funds had been a practice that is not only common in the military. With these revelations, Congress has now a good grasp on where AFP budget is being spent. Perhaps, it would also be timely for legislators to be knowledgeable on where and what to cut in the AFP’s budget proposals?