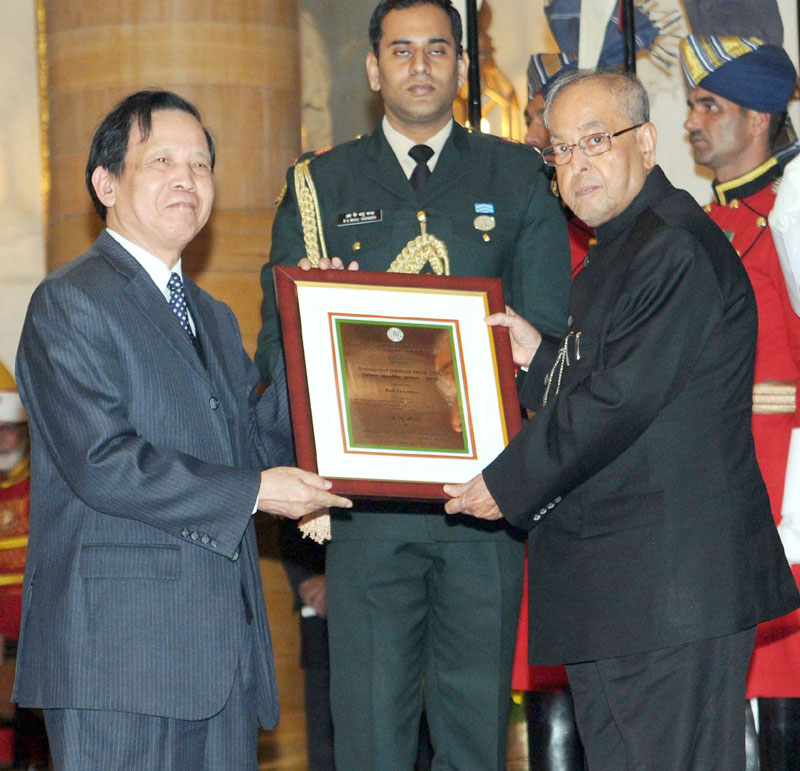 Speaking on the occasion, the President said in every aspect, India represents a balance between tradition and modernity. We find our history and heritage reflected in almost all our transactions – from the mundane level of every day custom and ritual to our academic work – in science, innovation and maths – and also our spiritual pursuits, creativity and cultural activities. Our villages are firmly rooted in our traditions but have simultaneously leapfrogged into cyber space.

Yoga and ayurvedic medicine are examples of ancient Indian science that still have an important influence in our daily practices. They continue to be popular and are being actively revived and promoted. Indian civilization has always been open to new streams of thought and information. This diversity is at the core of our pluralistic society. The wealth of our multi-faceted experiences has made indology vast in its scope.

The President said the contribution of foreign scholars to the development of Indology has been critical. Their efforts have led to the worldwide awareness of India’s rich cultural and civilizational past. Indology has helped to understand the development of human civilization. From religion and philosophy to science and social science, language, grammar and aesthetics, ancient India had theories and answers about the whole range of complexities of human life. These are some of the reasons why a special effort to promote Indology needed to be made.

The President said it is not surprising that the 2nd Distinguished Indologist Award is being conferred on a scholar from China, a civilization with which India has had age-old academic and cultural exchanges. The contacts between our scholars, scientists and historians date back to ancient times. These mutually inspiring relationships were further reinforced by the impelling ties of religion, trade and cultural affinities.

The infusion of geographical and mythological elements of India into Chinese literature and art bear testimony to the rich cross-pollination of ideas between our civilizations and the vibrant cultural and economic linkages that have continuously flourished between our two peoples. Writings and colourful descriptions contributed by Chinese historians are an invaluable component of India’s recorded history.

Prof. Yu Long Yu, Professor and Director at the Centre for Indian Studies, Shenzhen University, has studied Indology for half a century and is the pioneer for Indology in South China. He has translated Indian novels, dramas literature of more than 300 thousand Chinese characters and published more than 80 academic articles. He is the author of several books. He has set up the Centre for Indian Studies and Tan Yunshan Sino-Indian Friendship Museum in Shenzhen University.

Among the dignitaries present on the occasion were Mr. M.J. Akbar, Minister of State for External Affairs and Prof. Lokesh Chandra, President, ICCR.