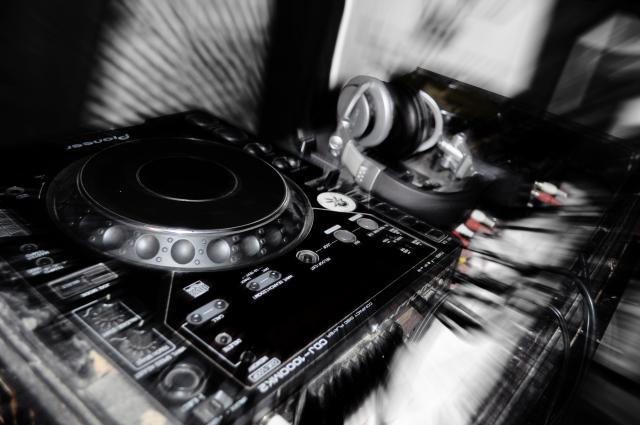 Amidst controversies and bad image of drugs and alcohol, DJ-ying in Nepal has always been in headlines countering and defending itself; years have passed with hundreds and thousand going in and out but it never saw a change.  With DJs either getting into sex tape scandals or drugs addiction issue, DJ-ying in Nepal has seen its ups and downs, but with the changing time people have also started to accept this field of glamour and music with a new attitude. These days with the booming tourism and hotel industry, DJ-ying in Nepal is also grooming its way getting  popular in Nepalese society where more or less new generations are getting interested.

It may sound absurd but previously when a DJ used to be considered as someone with tattoos, attitude and  a drugs  abuser  but these days a DJ is respected as a professional where he stand for his professionalism and creativity.

Now getting down to the modern definition, DJ is acronym  for Disk Jockey (DJ) who mixes, scratches and makes creative sounds from the disk but to its adaptation DJ-ying has more of its own dynamics where there are different aspects related to it. A DJ in a club is like a manager who controls and manages the club. It is his duty to manage the systems and to make the people enjoy in groove. Likewise, coming from that definition, DJ-ying in Nepal has been preexisting here from past one decade. With a very orthodox and limited thinking, this field has prolonged with a narrow definition  and limited image and today it has out casted the prejudices with a slap of proving itself as a creative and  professional field promising a prominent career like any other.

Moving its way from the limited discotheques to the modern definition of celebration, today DJ-ying has been a part of daily lifestyle in Nepal. What clubs, what marriages and what corporate occasions everywhere DJs are seen scratching and mixing sounds making people move around their beats. Moreover, it seems that the people of 21st century are more happier and want to celebrate their occasions in a more extravagant and musical way.

Looking at it from a different angle it also has evolved as a career for many aspiring young artists who believe in doing something in this field. Though few go through rigorous training and studies but most learn it in a sequential apprentice way of learning by doing method. Each individual is trained on one on one basis by their preexisting professional. The training are easily available at a cost of NRS 12,000 to 20,000 (USD 250 approximately) depending upon the level and skills of the candidates interest. The overall equipment of the DJ-ying costs from NRS 100,000 to NRS 300,000 which are easily available in the market.

DJ Saakar a leading DJ, who has worked in this field for more than 8 years says, “It’s a creative and entrainment field where a DJ is a king of celebration. It’s up to him to make the event happening and enjoyable. He should be extravagant in every possible way to make the crowd feel and believe to live their life in a more exhilarating way. DJ-ying is not just of being cool and showing off attitude, in-fact it’s about concentration and hard work, where a dedicated DJ keeps on practicing his skills and researching about the new developments in the music industry and equipments. It may look easy from outside but it’s very hard. On contrary if you compare it with any other  professions, DJ-ying  is a  tough job as you have to constantly  prove yourself in your family and society which has an  orthodox and monotonous thinking about you and your career, so it’s a  hell of a tough job which is not easy.”

Regarding clubbing, he said, “The scope of clubbing and DJ-ying is growing with peoples changing lifestyle. If we could just address their needs, then we can surely see it as a good revenue generation field .  But the authorities are too limited and it creates problems at times as we don’t have proper rule and regulation here. They just bring the security issue in front and things go lame. Reality is we are a small country where we are doing an effort to develop. We have so many problems and further the authorities make it difficult to even work here. The way should have been the opposite and they should facilitate us, this field has tremendous potential, we can do so much but in reality it works the way around.  I want to do something for this field and my major hindrance is not just the orthodox thinking but lame attitude of authorities towards this field. I have thought of opening an association which would help monitor and maintain the standards of club DJs and further more I’m also planning to go to schools and colleges with DJ-ying as extra curriculum activity. We are further working in talking with the other stake holders, we need to unite from all sides and work together.”

“These days it’s very easy to learn and to find the equipment, people of this generation are very fortunate as everything is available but during our days, we had to import the equipments and most importantly good trainers were also scarce.  A lot of situations and conditions were there and you had to face the negative image of this field but now things have changed, which is really important,” added he.

Conditioning its own prospect, these days a lot of DJ-ying competitions are happening where the numbers of participants are also overwhelming. These DJ-ying competitions number are not a question but the quality of human resources that coming out are and getting in lime light most of theses competition and their winners certainly get themselves into controversies, which has further drained the image.
What’s the use when there are no standards and quality is a question that I made to one of the organizer of a DJ-ying competition – “Kings of DJ- March 05, 2011”  Little Star Shrestha said,  said, “Basically it’s all about giving people a plat form. We have given them a means to show their talents, now it’s upon them to work their way. We can’t be there all the time and take care of them, it’s upon them to work it and make this profession clean and practical. We are just here to show them the path the rest is in their own hands.”

Nepal being a small country has limited opportunity of investment, the big giants’ like china and India further makes it difficult for its industrial development where there are very limited opportunities which certainly affects its development. But significantly Nepal’s tourism industry holds a major part in its GDP which is phenomenal. These days a lot of Nepal’s DJs have also been seen working abroad in foreign countries where they are creating their own name and fame, it is just a trend but significantly it’s making an impact.

Ravi Sharma a Social Scientist said, “Any creative field should not be limited within the idea of ignorance. DJ-ying was considered as a stigma of the western world but it was mostly due to the shadows of drugs and alcohol but its changing and people have started to accept it in a normally way. Apart from that DJ-ying is part of music   which cannot be defined and like said earlier creativity has no limitation. Till the time it soothes ears, it’s feasible and it goes well. Its normal tendency for people to migrate where there are better opportunities. If there is a possibility of making this field better and has a potential possibility the government and the concerned department should do a research about it.”

Sharing his experience Sharma added, “Even I have danced to the beats of a DJ in a recent wedding where it was phenomenal. The way they mix the rhythms and melodies are simply awesome. I enjoyed every bit of it and I still have a hangover. I would love to dance to the tunes again.”

Breaking the league, creative fields like this has certainly created a new scope and horizon for such fields where alternately it has also broken the orthodox thinking of limiting secured professions as Doctors, Scientist, Managers and Engineers as a prominent career choice. As comparing it to any other professional an average monthly income of a good professional DJ is ranged from NRS 30,000 to 60,000(USD 450 to 850) which is lucrative.

DJ Jazzy Joe a reputed Indian DJ on tour of Nepal said, “DJ-ying is all about expressing yourself in the form of music, the only way a DJ can be called good is the way he can entertain the crowd. It’s an art form that’s very normal like any other field. This field also has its pros and cons, but due to the stigma of Drugs and alcohol, its image is getting affected where people tend to see DJ’s with a different perspective but now times are changing. DJs are also getting recognized where society is accepting them for what they do.”

“DJ-ying is a field related to music, and music is positive, it’s the field of making others happy and spreading joy. If you have an attitude and you are stiff then you cannot perform well, it’s all about being yourself and making people feel the happiness, so a DJ needs to be positive and happy all the time,” added he.

Talking about Standardization he said, “It’s a must in this field but standardization should not affect the interest of the young aspiring artists, it should be entailed in a proper way where quality must be its priority not quantity. This career choice certainly comes with fun but loads of options, like said it’s upon the rider to make sure the journey goes well.”

Controversies raging of DJs having bad images to their sex tapes, DJs of Nepal have not been able to meet up to the standards though Nepalese have accepted them but with the controversies coming up at times it seems they have to work on their moral and ethics. The question here is not about who does what or what can be done to stop it , the question here is about morale and ethic  whether our society is able to accept it or not.  May be it’s a personal or professional question but how can a single person’s act be responsible for staining the image of the entire field? This question certainly affects this field and further dilutes the prospect of the coming up aspiring artist who look up to their elders. Now it’s upon the DJs to make themselves credible and responsibly, so that the coming generation and their field could look up to them.

May be it’s a standarization issue may be it’s not but it certainly holds key to the future prospect of this field.

Filed under: Lifestyle, Opinion
Share Tweet Pin G Plus Email
previous article: Obama’s promises to Mexico ring hollow to some
next article: Khamenei to Intelligence Minister-Get Tougher With the Opposition