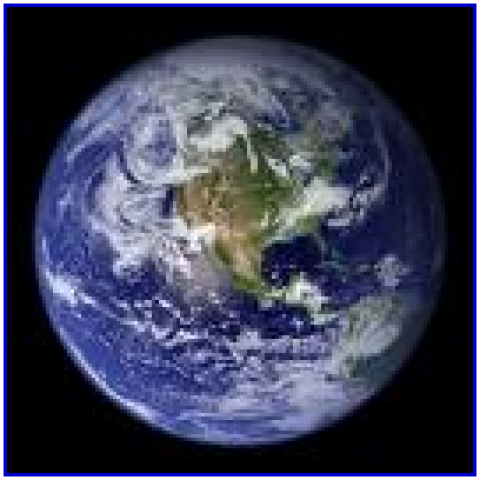 This article is one of many in the series "Do’s & Don’ts for Entrepreneurs" by Marion Freijsen on www.efactor.com

It’s a small world. We all say this from time to time – usually to exclaim wonder at some chance encounter that we had not expected. But it is really true – our world has gotten smaller. Not in the way that the huge house you played in with your friends when you were 6, seems small when you return to it at 30. More in the sense that these days, every business that starts up is no longer just competing with the company in the next village, but more likely with a company on the other side of the world. We all have access to the internet, we can fly places and as such the borders have stretched further and further until they fell of the side of the earth.

This morning I was sitting at breakfast and next to me was a table full of people. They were having fun, which I think is great, but they were so absorbed in their own little world that they were talking at such an embarrassing volume that it was hard to have a quiet, peaceful conversation with the person sitting next to me. You all have these examples no doubt, it is the person in the busy airport that just stops dead right at the end of the elevator, in the middle of the throng, for some obscure reason, oblivous to the fact that behind him an avalanche of people and suitcases are threatening to come tumbling down. Or the one with the mobile phone that talks so loudly that you can’t hear yourself think. Or it is the attendant in the store or hotel who is paying more attention to his colleagues whilst serving you, then to  you, the paying customer. I could go on and on – and I am sure you can think of  hundreds more examples.

In this world of hours, where borders don’t mean as much, where we all have a reach far beyond a 100-mile radius from our homes and businesses, attention and awareness are very important attributes. In particular for businesses and business owners. Attention to detail, awareness of your customer and his/her culture can be crucially important in why people would want to deal with you, rather then the next business they will find on the internet. Awareness of culture may seem difficult, you may never have been to the other’s country or you may never have been to any other countries at all – but you will need to learn about their etiquette and customs and take an interest to be able to deal with your new customers successfully.

In our book, the N Factor, we use the Thanksgiving example to show how important cultural knowledge can be . One of the first times I dealt with someone from the US happened to around the end of November. So I cheerfully suggested they meet with me on the last Thursday for lunch. My suggestion was met with an astounded silence…and I had no clue that it was a ludicrous suggestion meeting anyone for business on the most important day of the year – Thanksgiving! I learnt ofcourse, and I learnt that day also that it is important to know what holidays your clients observe. What dates are important to their culture. Another example is where people say in the US "Stop by some time when you are in the neighbourhood" – where really they don’t actually expect you to do that. But being from the Netherlands, where we don’t say this so lightly and actually DO expect you to stop by once it has been suggested – I ofcourse did show up. They just managed to keep a straight face, but I felt totally embarrassed at having misunderstood this simple cultural difference.

People like doing business with people who pay attention and you can easily make your customers feel you take them seriously, by knowing a little bit about the culture and their habits. It isn’t so hard really – you have the world at your fingertips via the internet. So get off that mobile phone, stop talking so loudly that no-one else can hear and learn something new – let yourself be surprised by the world opening up to you.