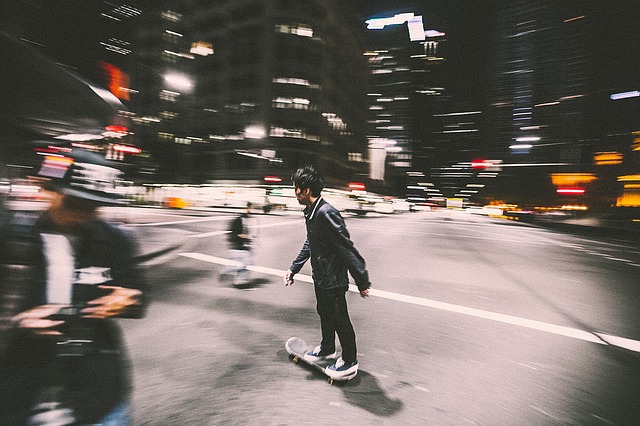 A 13-year-old boy in Kettering, Ohio was recently hit by a car while crossing the street using a crosswalk. The late January (2016) accident resulted in only minor injuries for the boy, but things could have been much worse. It is never a good situation when a skateboarder is struck by a motor vehicle, for obvious reasons. But are the accidents between the two justification for building more urban skate parks?

Communities that choose to build skate parks often must use money taken from the general budget to cover the expenses. Local businesses may sponsor parks to some extent, but it is usually public money that pays for a project that will ultimately be used by the entire community. Are such projects beneficial? Absolutely. Should communities continue to fund them? As long as it’s economically feasible. But it is probably not wise for proponents of skate parks to talk about skateboarding fatalities as a reason for building new parks.

Statistics suggest that as many as 61,000 skateboarders between the ages of 5 and 14 sustain injuries every year directly related to their skateboarding. According to the nonprofit Skaters for Public Skateparks, there were 28 reported fatalities in 2014. The most important thing to understand about the fatality statistic is that all of the reported incidents involved automobiles. Among the 28 victims, 23 were struck by cars and three died while hitching.

There are excellent reasons for building skate parks in order to provide skateboarders a place where they can hone their skills. Parks keep skateboarders off public sidewalks, thereby reducing the headaches for pedestrians, bicyclists, property owners, and business owners. But what happens when a skateboarder uses his/her board as a primary means of transportation? The park then becomes an inconsequential part of the equation.

GoldCoast, a Utah designer and builder of world-class skateboards, makes many of the most popular longboard skateboards popular with today’s riders. They also make cruiser boards as well. Both kinds of boards are very functional as transportation in busy urban environments because they allow riders to get where they are going more quickly than walking yet do not require a large investment.

When GoldCoast boards are used as modes of transportation, there are inherent risks that must be assumed. One of those risks is that of colliding with a car. As motorcyclists and bicyclists have known for generations, accidents involving cars rarely end well. Skateboarders who use their boards as a means of transportation need to be constantly aware of the following:

There is little doubt that skateboard parks are a vital part of any urban community where kids ride. We should be encouraging their development as often as possible. But advocates need to think twice about using skateboarding fatalities as a means of promoting building new parks. Instead, we should be focused on educating skateboarders about traffic safety. If everyone involved does a better job of adopting the safety-first mindset, there will be fewer accidents and fatalities involving cars.

Filed under: Hobbies, Lifestyle
Share Tweet Pin G Plus Email
previous article: Lower Your Business Expenses With These 5 Tips
next article: Are International Football Tournaments Worth the Cost?