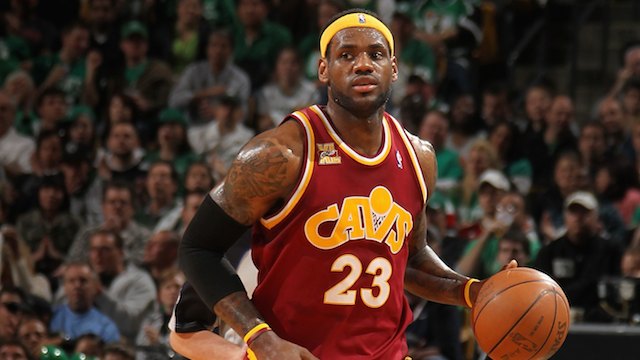 LeBron James took the court for the first time as an official CAVALIER in the team’s first pre-season game. The Q had waited four years to be relevant once again.

When the announcer introduced each player on each team’s roster, one thing went by seemingly unnoticed. LeBron came out of the tunnel last. He was last to be introduced. 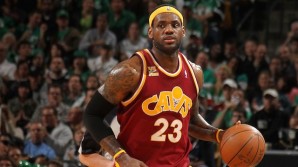 Since training camp opened a few weeks ago, he has seemingly made himself smaller and the other players bigger. He has tossed the spotlight onto Kyrie or Dion rather than himself. Time will tell if it was a strategy to get buy-in from his teammates before he ascends to the throne of King James.

One thing has been astonishingly clear to me.

There have been many astonishing things about the return of LeBron James to his hometown: that he came back, that Dan Gilbert flew to Florida to apologize, that Kevin Love came along for the ride, that Z might come out of retirement, and at his first press conference as an official Cavalier he said what was to me perhaps the most astonishing. Although it went without a blip on the sports world’s radar screen, it screamed to me.

Many Cav’s fans and residents of NE Ohio remember well game 5 of the Boston series. Some, although less will admit to it now, blamed LeBron for disappearing in the play-off series. He had famously said, follow me, and then many felt he had disappeared when needed most.
LeBron has compared his four years in Miami to going to college. So he came back from being tested, taking play off tests, failing and passing the final, and communicated a new message. What struck me most about his first official press conference was his take on leadership.

He was asked to explain how he looked at his leadership role. His answer spoke volumes. For this answer I would arrange a day, a parade, a key to the city. . . “I will be the leader of the team. I believe I bring leadership qualities that a lot of guys don’t want or don’t know how to do it. I can. I can lead by example, voice, command or I can lead by just my presence. That is the most important thing for me. That’s what I’m more excited about than anything is leading these guys every day in practice every single game, every single shoot around, every single film session.”

First it is a huge turnaround from the player who left four years ago. More importantly, it truly is a testament to leaders and leadership anywhere. Listen how he identified guys who don’t know how to lead or don’t want to lead. Many people think everyone wants to be a leader. So not true.

He talked about the nuances of leadership: that he could lead by a word or his presence. Leadership is often as much about what you don’t say as what you do say. Being cognizant of the verbal, the vocal, and the visual is key for any leader.
Then he went on to talk about leading in the film room as well as the shoot around. Leadership is 24/7. What a huge turnaround for LeBron to identify it as well as speak about it.

So while sports reporters talked about it being surreal to see LeBron back in a Cav’s uniform, what I find amazing is his diatribe on leadership. As a leader do you own your voice as well as your gesture, a small meeting as well as a board meeting, have you correctly identified those beneath you or next to you that don’t want or don’t know how to lead?

Leadership is as much about following as it is leading. LeBron chose to follow his team onto the floor. Even though 20,000 screaming fans showed up at a pre-season game for one reason.

Do you know when to follow and when to lead?