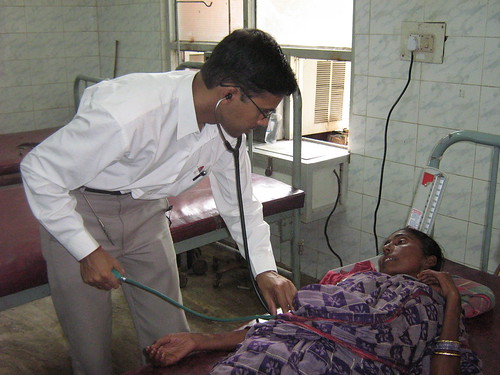 The more the doctors in india lose their sheen and their once revered status with increasing drops in ethics and rampant commercialization, the more the doctors want to assert in their own clumsy way that they are on top of the health care hierarchy. The move of the government to consider exploring the possibility of upgrading physiotherapy from a paramedical discipline to an independent system of medicine has piqued doctors that “lowly para medicals” should be treated as any where even near the medical professionals.

The caste system in the medical profession is as strongly entrenched as any other caste system in India and far more difficult to eradicate than any formal caste distinctions. This is the case even though in Europe, especially the UK from where we have borrowed most of our social norms, things have changed a great deal and doctors there no longer assume airs. But in India, doctors have continued to reign as deities treading rough shod over allied health professionals – be it nurses or others. 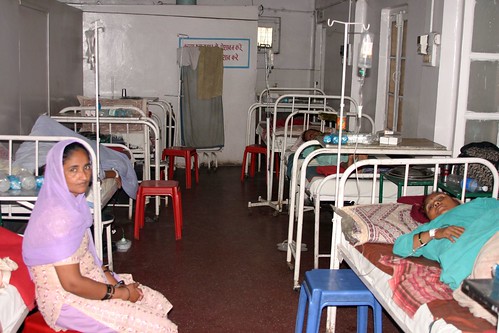 This kind of attitude has led to the further decline in the quality of health care in India. With little social status, nurses and other para medical professionals are migrating in droves to greener pasture. According to the Indian Nursing Council (INC), there were over 1.28 million registered and qualified nurses in India in 2002. Earlier, a sizeable number of them headed out to the countries in the Middle East, but now its Europe which has woken up to give them a red carpet welcome.

Nursing actually has a low status in India, where deep-rooted cultural and religious practices identify nurses’ labour as “dirty” and “polluted.” Although nurses’ economic independence empowers them individually, culturally prescribed, gendered, and class-based practices in India overshadow these women’s transformations. In contrast, in the US nurses gain autonomy, and consequently challenge gender and class norms both within the family and within society.

And yet of course, most of us would have had experience that demonstrates that doctors; they are any kind of gods at all, are fallen gods, having sold their souls and prescription pads to pharmaceutical companies who spend on an average Rs. 7000.00 per doctor with gifts ranging from television sets and refrigerators and going on to cruises and foreign tours as per the data compiled by the Voluntary Health Association of India. Also the resistance put up by the medical profession when the doctors were put under the ambit of the Consumer Protection Act by claiming that theirs was a “specialized” field which others could not understand or comprehend. Of course it is not my case that doctors are the only arrogant profession, but being one myself it does feel odd knowing that many of the so called demigods in the profession actually have clay feet in many skeletons in many cupboards.

The way to go would be to deglamorize the medical profession and demystify health care as health care activists like those from the Medico Friend Circle, a body which includes many doctors is trying to do. They have tried ton develop alternatives in the form of community health projects with efforts at demystifying medical technology, rational and low cost therapeutics, and training of non-literate village level workers to provide primary level health care. Some have pursued the path of what came to be known as “people’s participation”, which ranged from encouraging the community to contribute towards the services provided, to getting them to select village level workers. But then traversing the path less traveled has a cost to pay, as one such counter current doctor , Binayak Sen discovered. A doctor cum human rights activist, he marched to the drum of a  different drummer and for his pains is now languishing in a Chattisgarh jail for more than a year while his other well heeled colleagues in the profession live life king size.