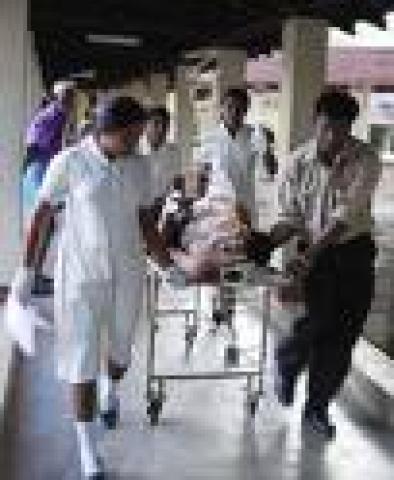 Government Medical Officers Association(GMOA) of sri lanka to day prevented a possible strike action of  the doctors attached to the vavuniya general hospital in the  northern sri lanka citing the present conflict situation prevailing there.all fifty doctors in the hospital earlier planned to stage a walkout opposing the administration of the hospital director but reduced that action to a one hour protest  campaign after GMOA intervened to the scene.According to the assistant secretery of the GMOA dr.upul gunasekera his union held discussions with the docs there this morning and urged them to prevent any inconveniences to the people in the area.

At present large number of civilian and forces casualties are dispatch to the vavuniya hospital.