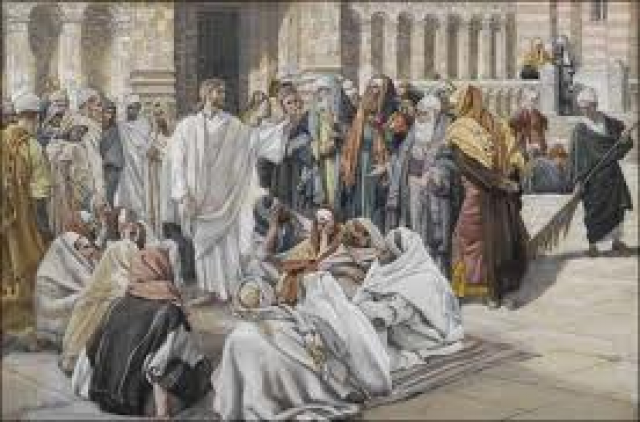 Does God Have A Favorite, A Chosen People?

In the Old Testament God chooses the Israelites, the Hebrew people as his chosen people. God rains down 10 plagues against the Pharoah Ramases, and Egypt their captors to provide for their release from their captors and get them set free.

He provides for them protecting them with Godly feats like parting the Red sea, in the face of their enemy permitting them to cross safely, then destroying the enemy by collapsing the sea upon them.

He provides for his people as they roam through the wilderness of the Sahara providing them with “Manna” from heaven, producing life giving water for them by the touch of Moses’ staff to a rock allowing water to gush forth. When the people finally reach God’s Holy Mountain, Moses climbs up and God gives them his laws, his rules for life.

These people were a rebellious lot though. Time and time again, out of rebellion, they would turn away from God’s laws, so God causes them to roam through the desert for 40 years until the old generation had died off and a younger more loving and respectful generation replaced them, before God finally shows them His Promised Land.

Throughout the Old Testament, God relates to us how through scripture that God went to war, in love and protection of his people causing the peoples of Israel again and again to defeat their enemies under such leaders as Joshua, King Saul, King Solomon, David, and others.

From the time that the Israelites were captive slaves under Ramases Pharoah of Egypt, until the time when God becomes man as the baby Jesus, God sees the Israelites, the Hebrew people as His chosen people whom he cared for and loved.

During the year 30 A.D. Jesus begins his ministry going about the countryside of Jerusalem to the various cities, towns, and villages, performing many different forms of healing miracles ranging from helping the blind to see, the deaf to hear, the lame to walk, curing people with leprosy and other ailments, casting out evil spirits, and even raising the dead, and all the while he is teaching the Jewish people as well as other nations of people, a new phylosophy, a new religion, based upon love and not holding fast to the old teachings and traditions of the Hebrews and the Hebrew Faith.

Jesus teaches that every man, woman, and child, regardless of nationality, traditions, teachings, beliefs, and faith, we should see as our brother or our sister, and if our brother and or sister, then they are deserving of the kind of love that we show to ourselves, our immediate flesh family members, and that the only one more deserving of our love and devotion is Almighty God Our Father.

In other words we should see each other as one big happy family. Jesus even takes this one step farther telling us that we should even love those we see as our enemy.

In today’s world with all of the violence of radical Muslim people who strap bombs onto themselves, or plant bombs on cars or trucks, or those who hijack planes in order to strikeout against Christians, this becomes not such an easy thing to do. In a world where we use violence rather that peaceful ways to solve disputes, or weapons to take what we want rather than earn it, in a world where illicit drugs become something to sell to children, or teens, or our fellow adults, it becomes progressively harder for us to show the kind of love to our neighbor, or our enemies that Jesus asks of us.

The Hebrew nation the Jews, turn against God again as they hand Jesus over to Pilate to crucify Jesus. This one act turns God’s favour against them. The Jews of the day feared Rome and Roman power and even when they knew that Jesus was a righteous man, possibly their messiah, they chose to sacrifice one for the sake of the many, so Jesus becomes a scapegoat for the Jews. Worse still though they know the error of their ways, through religious writings, and historic accountings they do nothing to admit their complicity in the sacrificial murder of their own king. Instead they choose to fear the truth and hide from it.