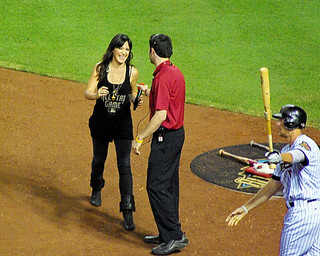 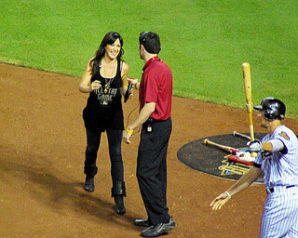 I read a study that was released by Foxnews.com regarding the “2D:4D” ratio that determines whether men are more likely inclined to be promiscuous than others and I wanted to pass this along to readers to allow them to conduct their own studies with family members and friends to find out their results. It’s important to remember the results readers obtain is strictly for fun and not that conducted by a professional.

A study was released earlier in the month that relied on the “2D:4D” ratio to determine that 57 percent of men are tending to be promiscuous; and now, a second study Indicates the ratio makes use of the length of the index and ring fingers that can also tell how kind men are to women.

Are you a believer of these facts? It’s my opinion the study could very well be on target because of the intensive study that was conducted. The study which was published in the Personality and Individual Differences, noted the lower a ratio “indicates greater androgen exposure.” This means that the longer a man’s ring finger compared to his index finger, the more hormones (chief among them testosterone) he was exposed to in the womb.

Debbie Moskowitz, a lead author, explained in a McGill University press release, “When with women, men with smaller ratios were more likely to listen attentively, smile and laugh, compromise or compliment the other person.” The results stemmed from 155 participants’ self-reported behavior.

They selected over a course of 20 days which behaviors they exhibited in any social interaction of at least five minutes; and the researchers mapped those behaviors as agreeable or quarrelsome, and discovered men with lower digit ratios reported a third more agreeable behaviors with women, and also a third fewer quarrelsome ones.

According to Moskowitz the results went beyond the romantic: it held regardless of who the woman was, from a romantic partner to a co-worker. But in terms of the romantic, Moskowitz stated her finding may support previous research that also linked smaller ratios to having more kids.

“Our research suggests they have more harmonious relationships with women…this might explain why they have more children on average.” Somewhat strangely though, the smaller-ratio men were the ones who fell into the potentially more promiscuous camp in the previous study.

This information originally emerged on Newser: Finger length indicates how nice a man is to a woman.

This article was written by Barbara Kasey Smith that she read on Foxnews.com and wanted to pass onto readers.