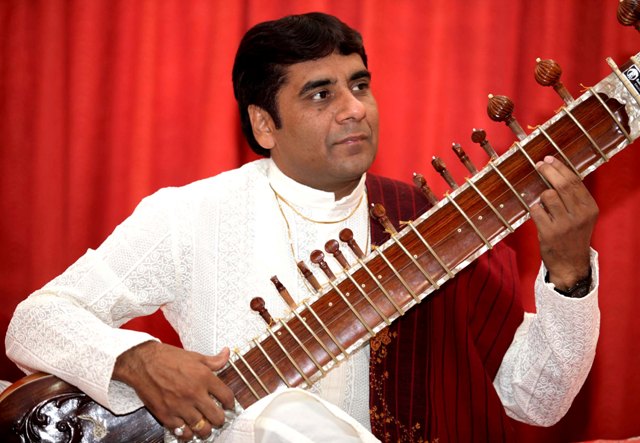 Jammu, September 06 (Scoop News)-Making a fervent appeal to the Jammu and Kashmir government not to succumb to any pressure from the separatist leaders and make adequate security arrangements for the successful conduct of the Mega Music Concert to be held at Srinagar on September 7th , Internationally known Meditation & Spiritual Music Therapy Guru and Chairperson of Swarangan meditation Charitable Trust Raj Kumar Dogra said that separatist leaders need to adopt a positive approach on he matter.

Reacting to Bandh Call by Kashmir-based separatist leaders against organsing the Music Concert by Zubin Mehta, he said that it has become a routine practice for these leaders to immediately poke their nose, jump and make attempts to mislead the people of kashmir whenever some important events has to take place or when they feel that the situation is returning to normaly and the tourists are visiting valley in large numbers. he said that these Kashmiri separatists have never bothered to work for peace in valley and rather always adopted negative approach whenever some good is going to happen.

Appreciating the German Embassy and J&K Government under Omar Abdullah for taking keen interest in organising such a musical event, Raj Kumar Dogra said that the stand taken by separatist leaders have now exposed them before the world as it is a general expression among the masses that such musical event is in no way an act of some sort which should be opposed or for which valley people should be provoked just for the sake of earning cheap publicity to remain in headlines of newspapers and TV Channels.

Raj Kumar Dogra also appealed the valley people not to get trapped into the game plan of separatist leaders and reject the dictates of such self-styled leaders who cannot digest any body from outside Kashmiri to come and spread the message of peace, unity, brotherhood in a unique way.