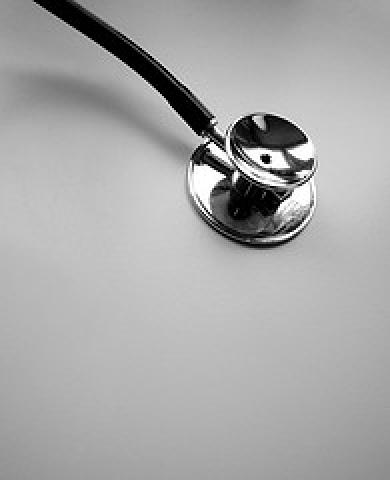 by Tracy Weber and Charles Ornstein

They are among pharma’s most successful speakers, featured at dinner after dinner promoting companies’ favored pills to their peers. Each has earned at least $200,000 since 2009 from this moonlighting.

A review of the highest-earning physicians in ProPublica’s Dollars for Docs databaseoffers insight into why some medical professionals are drawn to this lucrative sideline—and into the diverse qualifications that drug companies are willing to accept to boost sales.

The list includes a big-name cancer specialist with a thick resume of peer-reviewed research, but also doctors whose qualifications as experts remain a mystery.

Self-promoters who boast of their persuasive skills are mixed in with physicians who refuse to discuss the nature of their promotional work.

Dollars for Docs is part of an ongoing investigation into the influence of drug company payments on patient care. Our list of 43 doctors earning more than $200,000 is based on reports from seven companies that have publicly disclosed such payments to date—GlaxoSmithKline, AstraZeneca, Eli Lilly and Co., Pfizer, Cephalon, Merck & Co. and Johnson & Johnson. ProPublica plans to continue updating the payments data as additional companies reveal them.

So, what kind of doctors are pharma’s handpicked stars?

The ranks of the top earners—and their pay—are almost certainly much greater, as more than 70 drug firms haven’t publicly reported all their speakers and consultants. Because these data are from only a handful of companies, it’s unclear how closely they resemble the industry’s physician sales force overall.

In the medical world, there’s much debate about whether physicians should be paid to promote the products of drug firms at all. Critics of such talks say companies are using doctors as celebrity spokespeople, exploiting their prestige to deliver what is essentially a drug sales rep’s pitch.

Drug companies "spend the money because it puts a veneer of respectability upon the marketing," said Dr. Steven E. Nissen, chairman of cardiovascular medicine at the Cleveland Clinic. "It’s using luminaries to market drugs, and they fully understand what they’re doing."

One of Nissen’s colleagues at the clinic, endocrinologist Adi Mehta, earned at least $202,600 from three companies. Mehta said in a statement that he feels "passionately" that such speaking educates his peers, the same rationale drug companies use to defend their reliance on practitioners. The prestigious clinic does not prohibit participation in pharma speakers’ bureaus.

ProPublica sought out many of the best-compensated speakers to learn more about their backgrounds, motivations and opinions on the influence of the money on their practices.

Ten physicians gave lengthy interviews or responded to written questions. Fourteen declined to comment or did not respond to calls and e-mails. Three others agreed to talk but were unable to schedule interviews.

The top speaker, Las Vegas endocrinologist Firhaad Ismail, did not respond to repeated calls. He earned more than $303,500 from three companies since 2009.

The second-highest paid, Dr. Stephen Landy, directs a Memphis headache clinic. Much of his research is performed with employees of Glaxo, his biggest funder, but Landy also invented a headband to treat migraines using heat and cold. The band, on sale for $29.99, is "ideal for people who wish to avoid medication[s] and their possible side effects," according toasseenontvguys.com.

Landy, who earned at least $302,100 since 2009, lectures about migraine remedies and muscle relaxants for three companies. The talks are not simply promotional, he said, but "scientifically beneficial" for everyone involved.

"At the end of the day, I’m not there to sell their drug," Landy said. "I’m there to educate health care providers about their drug."

Landy conceded that pharma-physician relationships have become somewhat tainted in the public’s eyes, but he said they should not automatically be viewed as negative.

"I think most physicians, whether they accept money or not, will do exactly what’s best for the patients," he said.

Landy, like many of his peers in the top group, considers himself to be an excellent communicator, chosen as much for his speaking ability as his knowledge.

Psychiatrist Jon W. Draud, also from Tennessee, declared in aconference bio this year that he has "delivered over 3,500 professional lectures to medical personnel."

Draud earned at least $200,000 since 2009 from AstraZeneca, Cephalon, Lilly and Pfizer. At a 2009 conference, he disclosedthat he speaks or consults not only for those companies, but also for Forest Laboratories, Sanofi-Aventis, Takeda Pharmaceuticals and Wyeth Pharmaceuticals (Pfizer acquired Wyeth in October 2009).

Draud requested questions by e-mail, but he did not respond to them.

St. Louis pain doctor Anthony Guarino includes an endorsement from a Cephalon drug sales representative in an online brochure advertising his services: "I would definitely recommend him as a medical speaker!"

Physicians in the group come from a variety of backgrounds and specialties. Many have thriving clinical practices and squeeze in talks before and after work. Some make hundreds of presentations a year.

Endocrinologist Robert Busch, for example, made at least $234,000 from four drug companies since 2009. Busch, a member of a group practice in Albany, N.Y., said he brings the hands-on experience "some of these big gurus" at top universities lack: "I see patients day in-day out, like my audience."

With his kids grown and a wife who doesn’t mind, Busch said he is able to spend a few nights a week holding half-hour teleconferences or having a driver take him to speaking engagements up to two hours away. He usually sleeps on the way home, he said. Last year, Busch gave 198 talks of some kind for Lilly alone.

Busch said he doesn’t like reading from the slides provided by the companies, a recent requirement by the firms to ensure speakers do not discuss unapproved uses for drugs. But he says he is still able to give a thoughtful presentation: "You’re not just a paid monkey reading slides."

The extra cash he earns, Busch said, helps him support his parents and pay for college for his kids.

Dr. David Rizzieri, an oncologist and cancer researcher at Duke University Medical Center in North Carolina, specializes in bone-marrow and stem-cell transplantation. He earned at least $240,000 from two companies.

In written responses to questions, Rizzieri said his peers request him to learn about the diseases he treats and the drugs he uses. He said he speaks at early-morning breakfast meetings or late dinners to avoid missing work. When he travels, he said, he packs multiple events into the same trip.

Another academic, Eliot Brinton, an associate professor at the University of Utah School of Medicine, made at least $203,900 from three companies and says he makes money from at least three others. Brinton said he has followed the debate generated by Dollars for Docs and has worried that his own presentations are medically sound.

"There is always the potential that somehow I’m getting in under the radar and then springing this very subtle and very pernicious sales message," he said. "I’m listening to myself every time I speak, and I have to ask myself the question: ‘Is what I’m saying truthful?’"

So far, Brinton said, he believes it is.

Alabama physician Mark Sweeny is not an academic, nor has he produced peer-reviewed research. He is on the staff of Decatur General Hospital’s internal medicine clinic, but his board certification in internal medicine has expired.

Sullivan said Sweeny was "probably not" a leader in his field but "he’s a good physician. He does a very good job." Sweeny doesn’t need permission to speak on behalf of the industry as long as he fulfills his work responsibilities, Sullivan said.

Neither Sweeny nor his wife, Beth, the regional sales manager for Glaxo, responded to calls. Glaxo spokeswoman Mary Anne Rhyne said in an e-mail she could not comment "except to say that the decision to use Dr. Sweeny as a speaker on behalf of GSK was not made by a relative."

Another top earner, pain physician Gerald Sacks, declined several times through his receptionist to discuss his speaking fees. Since 2009, he has earned at least $249,300 from three companies.

Sacks’ slides from a 2008 educational talk and 2009 presentation before the U.S. Food and Drug Administration, describe him as the director of pain management at St. John’s Health Center in Santa Monica, Calif. A hospital spokesman said Sacks has never held that title and that his pain clinic is not part of the hospital. He does have the ability to admit and treat patients at St. John’s.

His private practice is busy, typically treating between 150 and 200 pain-management patients a week, he said while testifyingon behalf of Xanodyne Pharmaceuticals before the FDA panel in 2009.

Some among the top-paid doctors declined to discuss their pharma relationships, citing packed schedules.

"Because of the busy clinical practice, family illness and staffing change and travel, I am quite overwhelmed right now," wrote Virginia endocrinologist Farhad Zangeneh who earned at least $229,200 from four companies.

Dr. Amir Sharafkhaneh, an associate professor and pulmonologist at the Baylor College of Medicine in Houston, said in an August e-mail that he supports the public disclosure of industry payments.

"However, I am uncomfortable doing interviews because English is not my first language," said Sharafkhaneh, who earned more than $222,700 from three companies. "Presenting technical information in my field is easy but discussing complex and nuanced social topics is difficult for me. Sometimes I have problems expressing my views clearly."

When ProPublica offered to hire a translator for Sharafkhaneh, Baylor spokeswoman Lori Williams responded in an e-mail Friday. She said the doctor would not be available for an interview but that the college had begun a review of his compliance with disclosure policies.

Among the physicians who spoke to ProPublica, most praised the pharmaceutical companies for choosing them to bring information about the latest advances to overworked doctors.

Dr. Samuel Dagogo-Jack, chief of the division of endocrinology, diabetes and metabolism at the University of Tennessee Health Science Center, made at least $257,000 from three companies.

He said that he receives such kudos for his talks that he has heard it said that "companies would be at a competitive disadvantage" if they didn’t use him.