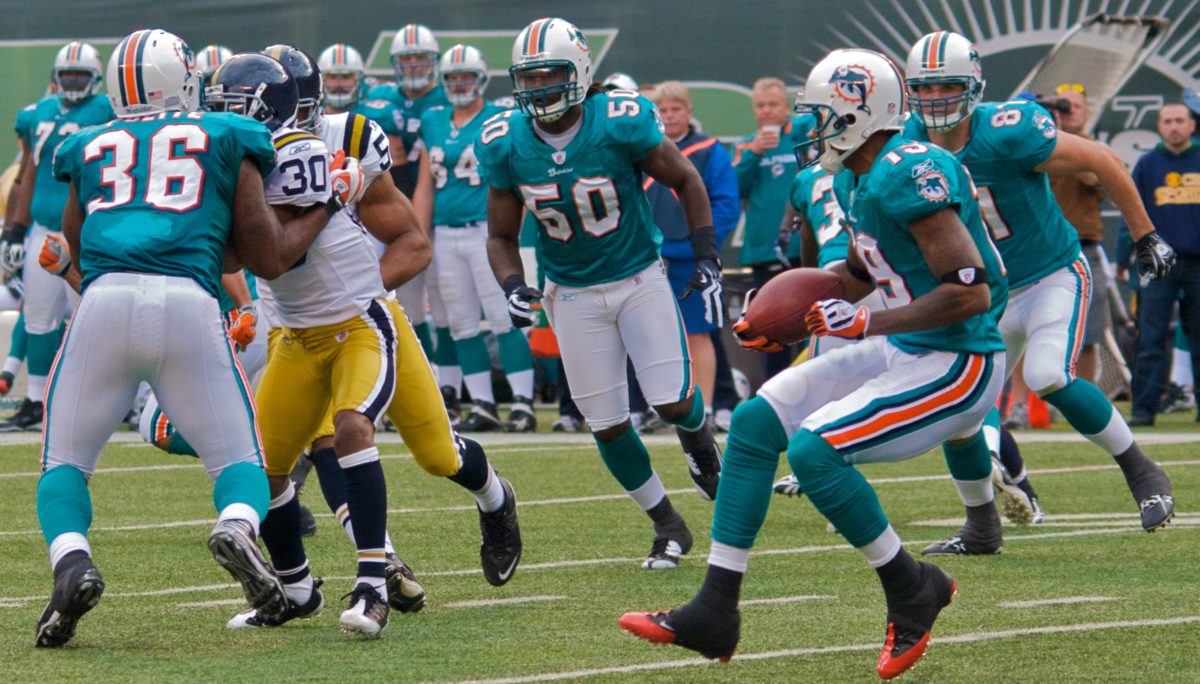 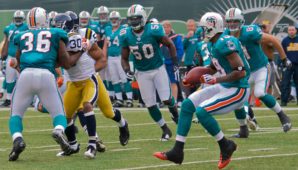 The Cincinnati Bengals are favored at home on Thursday night as they host the Miami Dolphins on NFL Network. Both teams come into this game at 1-2 but the Bengals are getting a lot more respect as they are listed as 7-point home favorites. The Dolphins are coming off an overtime win against Cleveland last week while Cincinnati fell to the defending Super Champion Broncos. Let’s look at the contest and Week 4 NFL predictions.

The Dolphins have not looked good this season as they easily could be 0-3 instead of 1-2 as they tried to give away last week’s game against Cleveland. Quarterback Ryan Tannehill fumbled late in the fourth quarter but the Browns missed a game-winning field goal and the Dolphins prevailed 30-24 in overtime.

“I’m always happy to get a win. It was ugly, we didn’t play well at times today, but we stuck together and found a way,” Tannehill said. Tannehill threw three TDs in that game but he also threw two interceptions. Jarvis Landry had 120 yards on seven catches. The Dolphins are only scoring about 21 points per game this season while they are allowing just over 22 points per game.

The Bengals didn’t play well last week in a loss to Denver as the offense did very little and the defense was picked apart. Quarterback Andy Dalton completed 21 of 31 passes for 206 yards and one interception while Jeremy Hill rushed for 97 yards and two touchdowns. A.J. Green had 77 yards on eight catches.  The Bengals are only scoring 18.7 points per game while they are giving up 25 points per contest. “We’re still trying to find ourselves,” said Green, “We’ve got to be more consistent.”

The Bengals defense will get a big boost this week as linebacker Vontaze returns from suspension. He was out the first three games for repeated violations of player safety. The Bengals may also get back tight end Tyler Eifert although head coach Marvin Lewis said that Eifert will be worked back into the lineup slowly.

Cincinnati players have said that they are not worried about the slow start.

“Why would we hit the panic button? Vontaze is coming back. Our team is a good team,” cornerback Adam Jones said, “We let two of them slip away. Eifert is on the way back. … First quarter of the season. Let’s get out of the first quarter .500. That’s the goal.”

The Bengals haven’t been anything special at home as they are just 6-4 in their past ten games at Paul Brown Stadium.

The Dolphins and Bengals last met in 2013 in Miami and it was the Dolphins pulling out a 22-20 win. Miami has won the last three in this series and covered the spread each time with all three games going under the total at the best sports betting sites. The last time the teams met in Cincinnati was in 2012 with the Dolphins winning 17-13.

Week 4 NFL Predictions
This has all the makings of a defensive struggle as neither team’s offense is anything special and both teams are playing with very little rest. I will take this game under the total at the best online sports betting sites.