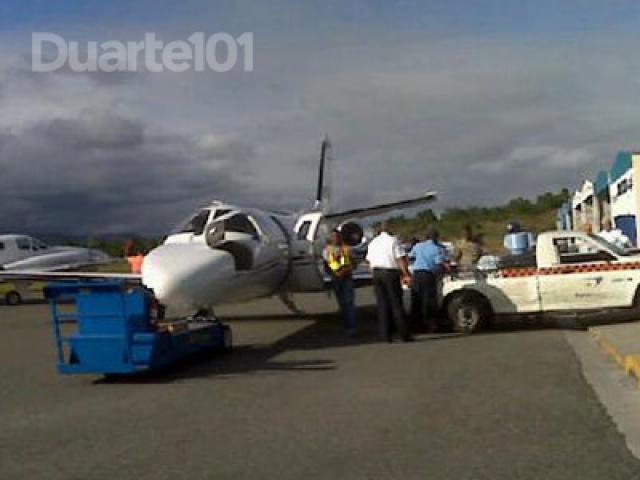 It was 5:53 p.m. on Tuesday, January 12 on the island of Hispaniola, when all of a sudden people felt dizzy and the earth shook violently. At the moment, an earthquake struck. In the Dominican Republic, it was nothing more than a great scare. However, in neighboring Haiti, where the epicenter was located, the situation was total disaster as the earthquake measuring 7.0 on the Richter scale struck. To make matters worse, the earthquake was barely 6 miles (10 km) undeground making the damage that much worse. Dominican blogger Alf Micstar of Duarte 101 [es] describes that moment with these words:

Shakes, a quake, tremors, earthquake, panic, call it what you wish. Yesterday, on Tuesday, January 12, at 5 minutes to 6 pm, the island once again reminded us that it moves, that it is not a piece of static earth, that its plates are not like those of cars and that the ground does not ask for permission for instantaneous shakes.

Haiti’s capital, Port-au-Prince located 10 miles east of the earthquake’s epicenter, was left devastated and incommunicado. Buildings had collapsed, and left countless thousands injured or dead, as there are no official numbers. Without electricity, water, or communication, several hours passed before the entire world could witness the damage caused by the earthquake. Many of these photographs and testimonies were distributed via social networks such as Twitter and Facebook. The scene was grim, and to make matters worse, the aftershocks did not let up.

In the Dominican Republic, as a result of the earthquake, a tsunami alert was placed in effect, and the Emergency Operations Commission (COE) closed the commercial plazas in the capital Santo Domingo and took precautions along the coastal zones and on the Haitian border. In the early morning hours of the next day, Dominican President Leonel Fernández called an emergency meeting to put together a aid commission for Haiti, which included aid for health, water, electricity, infrastructure, and the assistance of the military.

From the early morning hours today [Wednesday, January 13] the authorities, businesses, and the Dominican military joined forces to mobilize humanitarian help for the Haiti earthquake. Plane carrying relief supplies to Haiti. Photo by Duarte 101 and used with permission.

The Dominican team help send food and bottled water, and sent heavy machinery to help remove the rubble. The hospitals in the province of Barahona were made available, as well as the airport to receive aid that would be distributed to Haiti. Personnel from the COE attended to more than 2,000 injured and the Dominican Institute of Telecommunications (Indotel) helped to restore telephony services. The Dominican Red Cross and the International Red Cross have been coordinating health relief services. The Dominican Republic has also been a landing point for foreign correspondents who have come to cover the tragedy.

In addition to the efforts of the government, many Dominicans have joined the cause with collection centers, while others have offered private plnes and other materials destine for Haiti. Duarte 101 [es] writes a short summary of the help needed and collection points across the Dominican Republic.

The Dominican people have bent over backwards to help Haiti. What happened in Haiti has no precedent. There is too much pain. Too much suffering. The absurd differences stop here and solidarity is imposed, pure and simple, openly and decidedly. This is the right moment to help our brother nation. Let’s give our hand and our soul to a people that do not deserve so much suffering.
Filed under: World
Share Tweet Pin G Plus Email
previous article: China Seen as Outsourcing Hotspot as Companies Seek Improved Delivery Amid Flat Budgets
next article: Another U.S drone attack kills 5 people in Pakistani tribal areas