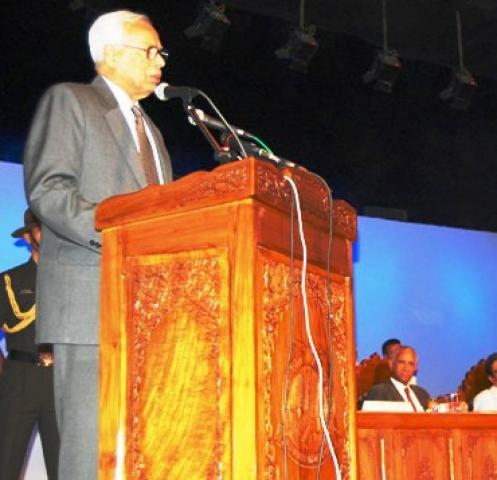 Jammu,December 07 (Scoop News) –The Governor,  N. N. Vohra, has appealed to the people to donate generously towards the Armed Forces Flag Day Fund and stressed the need for involving the students and the youth in a big way in this laudable initiative.

The Governor launched the Fund collection drive by contributing towards the Fund at a function held at Raj Bhavan, here today.

The Governor suggested that groups of students could visit various institutions, including the Railway Station, Bus Stand, Airport and other public places to raise contributions for the Fund. He asked the Director, Sainik Welfare, Brig. (Retd) R. S. Langeh, to organize week long programmes at the District level to generate greater awareness and fervour among the people at large, particularly the youth, about the message behind the Armed Forces Flag Day. He added that such activities may be specially conducted in the distant areas, particularly Rajouri, Poonch, Doda, Kishtwar and other far-flung areas of the State, in collaboration with the Deputy Commissioners and the District Education Officers.

The Governor lauded the crucial role of the Armed Forces, both during war and in peace, in the State and observed that their sacrifices bear testimony to their bravery, devotion and dedication. He mentioned that this Day is a solemn occasion to express our gratitude and solidarity with them and their families.