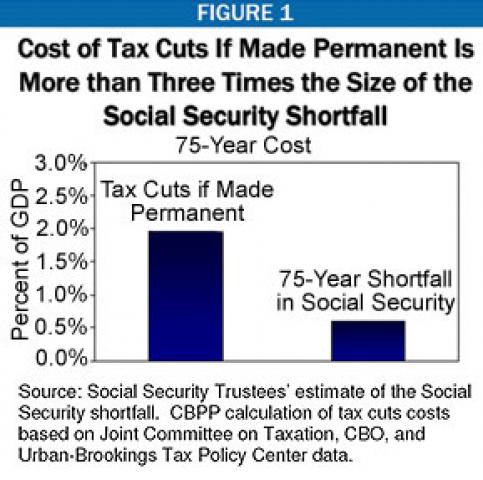 Earlier this week, the Social Security Board of Trustees released the 65th annual report on the program’s financial status.

And on cue, the Bush administration and the Wall Street-knows-best crowd—now joined by Sen. John McCain(who acknowledges ” economics is something I’ve never really understood as well as I should”)—used the occasion to push for privatizing Social Security. You know, turning over seniors’ retirement security to the stock market’s financial wizards who supposedly will show a bit more fiduciary acumen than the folks who presided over Bear Stearns’ crash and burn.

(Click here for more on McCain and Social Security privatization. On the Democratic side, Sens. Hillary Rodham Clinton (N.Y.) and Barack Obama (Ill.) oppose privatizing Social Security. Go to Working Families Vote 2008 to find out more about the candidates and the issues.)

Bush and his cohorts in 2005 failed miserably to convince the American public that Social Security privatization was the holy grail of retirement security. But still, they persist in trying to sell this snake oil.

Lets take a step back from the mainstream media headlines about “Bleak Outlooks” and “Grim Reports” and look a little more closely at where Social Security actually is and where it will be down the road.

Robert Greenstein, executive director of the Center on Budget and Policy Priorities (CBPP), and CBPP chief economist Chad Stone analyzed the Social Security trustees’ report and say that while there will be some challenges down the road, we are far from crisis mode. Instead, it’s more likely the real 800-pound gorilla in the nation’s financial future is the Bush administration’s tax cuts, aimed mostly at the rich. Greenstein and Stone write:

The trustees’ report reaffirms that Social Security does not face a near-term crisis and can continue to pay full benefits for more than three decades but will eventually face a significant imbalance.

The CBPP analysts say the policymakers concerned about future fiscal challenges should focus on a much broader picture than just Social Security, including the soaring costs of the U.S. health care system and overall government revenues—revenues Bush’s tax cuts for the wealthy eliminated.

Greenstein and Stone point out that just by ending the Bush tax giveaway to the top 1 percent of Americans—those making more than $450,000 a year—the government could make up nearly the entire cost of the projected Social Security 75-year-shortfall. The say the additional revenue coupled with other modest changes cold restore Social Security solvency.

Dean Baker, co-director of the Center for Economic and Policy Research (CEPR) in Washington, D.C., has a bit more blunt take on the Bush administration’s Social Security report.

There was nothing in these reports suggesting any qualitative deterioration in the financial state of these programs compared to their situation last year. The trustees claim…”that financial pressures will begin much sooner when the programs begin paying out more in benefits each year than they collect in payroll taxes” is simply a lie.