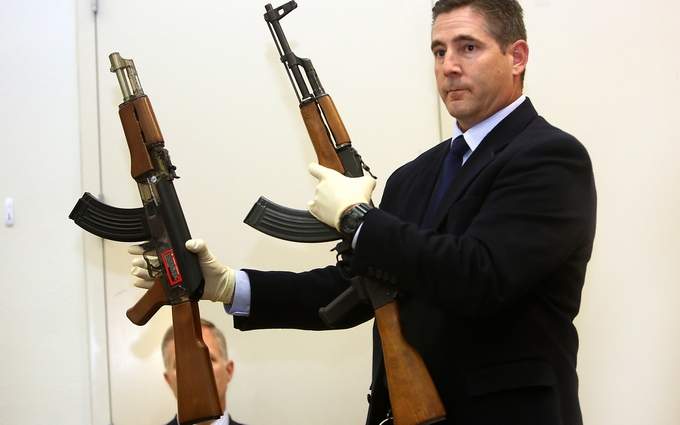 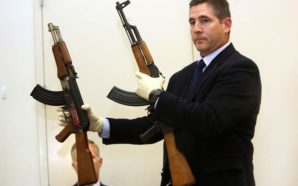 I’m going to be the least popular person in this debate. I’ve already being criticized by my Facebook friends on both the political left and right. Of course both the far right and the far left have a deeply rooted distrust in the government. That is especially true of law enforcement.

This past week we have seen a string of horrific killings committed by armed gunman and kids.

On Monday, October 21, 2013, a12-year-old student armed with a handgun opened fire at his Nevada middle school killing his math teacher and critically wounding two of his classmate before shooting himself in the head.

On Tuesday, October 22, 2013, a 14-year-old high school student was arrested in Massachusetts. He was charged with the beating death of his math teacher and hiding her body in the woods.

On Wednesday, October 23, 2013, a member of the National Guard opened fire in Tennessee at an armory just outside a U.S. Navy base, wounding two soldiers.

Also on Tuesday, not far from my own home, in Santa Rosa, California, Andy Lopez, a 13-year-old carrying a toy gun was shot and killed by a veteran Sonoma County deputy.

According to local papers the teenage boy was carrying an airsoft BB gun that resembled an AK-47. I live with my girlfriend and her two boys. One is 16-years-old and the other just turned 18-years-old. The oldest one just purchased his first real firearm.

He also owns two airsoft toy guns. One looks like a hunting rifle and the other an AK-47. Both of the toy guns have bright red tips on them.

According the reports, Andy Lopez’s gun did not have the red tip on it. Without the red tip, the gun Lopez was carrying looks very similar to an actual AK-47. So my first question is, why do we allow toy manufactures to make BB guns that look like actual firearms in which the red tip can be easily taken off? Is the toy manufacture somewhat liable for this dangerous “toy”?

Second, it was reported that Andy Lopez’s BB gun was actually his friends. Are the parents that purchase such products responsible for how their children play with such toys? Of course when kids do stupid things parents can be held liable.

Most of my friends want to point the blame squarely on the Sonoma County Sheriff’s Department. A large and rowdy protest at Sonoma County Sheriff’s offices took place yesterday. Protesters shouted and held up signs that read, “No justice, no peace”, “A badge is not a license to kill”, and “He should have known. He is a sheriff. He should have known that it was fake”.

Reports indicate when the sheriffs saw Lopez walking down the street with the weapon they pulled their patrol car over, opened the doors to provide themselves protection, and several times ordered Lopez to put the gun. At which point Lopez swung around and pointed the barrel of the AK-47 looking gun in the direction of the sheriffs.

Everyone agrees Andy Lopez’s death was a horrible accident. However, folks from both the far left and far right have been quick to immediately assign blame on the sheriff. I’m not going there. I reserve the right to change my mind. I’ll wait to read the results from both the local and federal investigation into the matter before I draw any conclusions.

If you don’t trust the police or any government official in general, then it is easy to quickly attack the sheriff and the entire U.S. law enforcement apparatus. It just fits in nicely with a political ideological narrative that must be maintained at all costs. However, in the case of the tragic death of Andy Lopez, I believe it is just too easy and early to blame the cops.