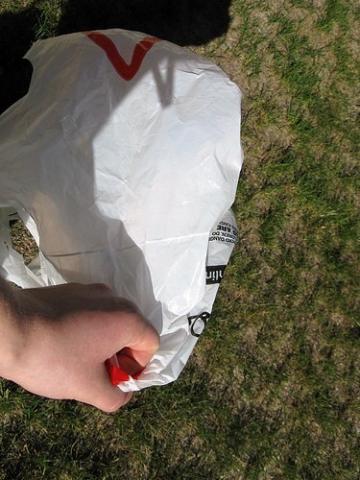 Posted by Liz Colville to findingDulcinea

Stephen L. Joseph, a California attorney who heads the Save the Plastic Bag campaign, concedes that it’s an “uphill battle” trying to change people’s minds about a largely unrecyclable object that has been “tied to everything from global warming to dependence on oil and the death of marine life.”

But some of the accusations of plastic bags are inconclusive, Joseph argues. “The anti-plastic-bag campaigners are not being challenged,” he told Time magazine. “It’s like a court case where nobody’s representing the other side.”

Still, proponents of reusable cloth and paper bags are fighting back with statistics. It “takes 12 million barrels of oil to make a year’s supply” of plastic bags, according to an editorial in The New York Times. But Save the Plastic Bag argues that U.S. bags are derived from natural gas, not oil.

Part of Joseph’s argument hinges on the detriments of paper bags, which release methane as they decompose and require more energy to make. But bags made from cloth or recyclable materials like plastic bottles are gaining momentum in supermarkets and through influential missions like ReusableBags.com.

Some companies are also developing heavier plastic bags that can be reused, or compostable plastic bags that break down better than the lightweight industry standard. The remaining fans of plastic contend that recycling is the answer to the problem, not fees, bans or a move toward paper bags.

Plastic bags were introduced to supermarkets in 1977. In the 1990s, plastic bag recycling programs were ramped up; in 2002, Ireland set a precedent by charging a fee for each plastic bag. Other European cities, several African countries, China and a number of U.S. cities have since followed suit with fees, bans and thickness requirements.