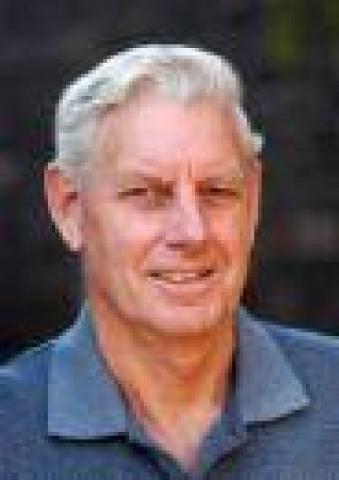 Most donors from the West like to hold on to their turf. They make grants and preach a lot about sustainability and self reliance but most often their programming support does not reflect that. So they will carry on funding their clients for a stipulated number of years and then move on, whether the client is prepared or not. If the recipient is smart enough, they would have adequately prepared themselves for this day but more often than not, that preparation isn’t in place and so when one donor moves out or even before, the search begins for another donor to replace the departing patron.

David Bussau, who has been described by the Far Eastern Economic Review as a cross between the 18th century preacher and reformer John Wesley and the father of capitalist economics, Adam Smith is one who is conspicuously different. David grew up in a New Zealand orphanage till the age of sixteen and then left without a penny to set up a hamburger stand. In business, David, a born entrepreneur had the Midas touch in every thing he attempted to do and over the next nineteen years, he spent his life making lots of money. After an interesting transformational experience twenty years later at the age of 35 and with numerous successful businesses to his credit, he “retired”. he had reached what he refers to as the “economics of enough”. He quit his businesses, sold off his interests and over a period of five years put his money in the Maranatha Trust which today exists to support social entrepreneurs and organizations. Apart from the work of the Trust, for the last sixteen years and more, David has been along with his partners in the Opportunity Network, one of the world’s most successful bankers to the poor.

What makes David Bussau different from other providers of micro credit like say the Nobel Prize winning Muhammad Yunus of the Grameen Bank who may have a bigger loan portfolio? David is an incubator of institutions. Opportunity has been setting up and nurturing institutions around the world for decades so that the developing world has successful micro credit institutions of their own. With that objective in mind,  the philosophy of Opportunity is to set up micro credit institutions and then help them with an initial grant and start up funds with a reasonable rate of interest that need eventually to be repaid. David likes to describe the Opportunity programs as “a charity that doesn’t give any thing away.”. Experience has shown that with adequate training and hand holding, each Opportunity partner eventually learns how to manage its loan funds in order for it to pay its own way.

With this philosophy of planting partners and hatching them into independent, professionally run institutions, Opportunity has launched nearly fifty partners in Asia including India, Africa, Latin America and Eastern Europe and creates a job every 35 seconds in 27 countries around the world. A Manchester University study has shown that for each job created, on average six people are permanently taken out of poverty and 13 people in the community benefit, so over thirteen million people were potentially helped by OI in 2006 alone. After being awarded 2003 Ernst & Young Australian Entrepreneur of the Year, David Bussau made history as the first ever social entrepreneur to be inducted into the World Entrepreneur of the Year Academy in Monte Carlo.”  The life of David Bussau, chronicled in his biography appropriately titled Don’t Look Back is the story of an abandoned orphan boy who never moped over his situation but instead learnt to celebrate it by saying that becoming an orphan provided him freedom to discover life on his own, as it really is.