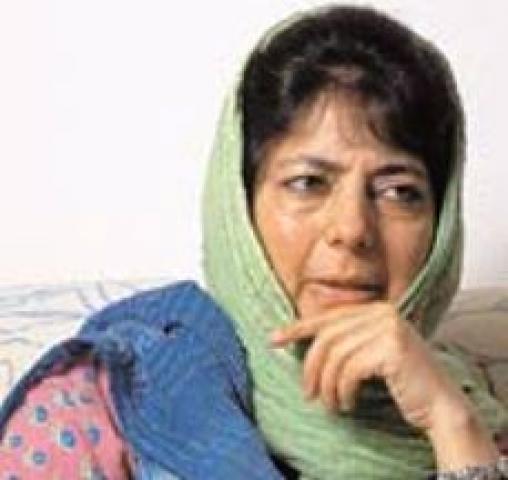 , February 23 (Scoop News) –Expressing full solidarity with the employees of the state government Peoples Democratic Party (PDP) today said the government must address their genuine demands without getting into confrontation.

In a statement issued here today the party president Mehbooba Mufti said Government should desist from using strong arm methods against its own employees and instead reach out to them in a spirit of understanding and accommodation.

Mehbooba said like all other sections of society the present coalition had alienated its own employees as well. How can this government hope to serve the people if its entire administrative machinery is dissatisfied she wondered, adding it was no surprise that it had failed on all fronts of delivery and performance. She said the governance in the state was completely paralysed and government employees themselves were now on the receiving end of state repression as is evident from the way their recent demonstrations were treated.

“It is for the first time that employees are targeted for making demands, placing them under suspension, dismissing them from service and even detaining them under the repressive PSA”, she added.

Mehbooba said in absence of proper political direction the state government had been unable to function even on routine matters and was now fighting with itself. On the one hand the government blows trumpet of transparency and dialogue while it is not able even to talk to its own employees across the table and uses brute force every time they raise their demands. She said like in all matters the government has tried to defuse a situation by making promises but runs away from them when reminded and falls back upon its only weapon, state force.

The PDP president said breakdown of social sector services like education, health and amenities like power, water and rations had brought the state to an unprecedented crisis. The showdown with employees only point to darker days ahead unless the employees’ genuine demands were met amicably and the government gave up its dictatorial attitude she said. She said the government must understand that by trying to silence demands and voices of dissent through force and draconian methods it was pushing the state into a dangerous position and sacking employees, arresting them and thousands of innocent youth could feed further desperation and frustration among people who had suffered for decades at the hands of National Conference.