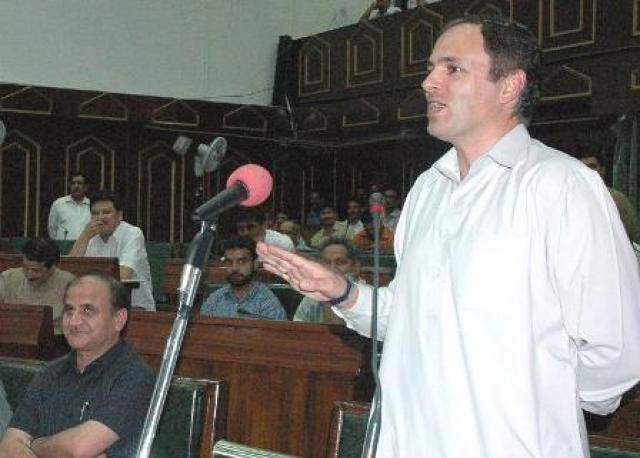 “Leaving strike culture aside and not placing the sword of lock –outs hanging over, you should come and engage the Government in finding out a way to settle the issue in a conductive atmosphere”, he told the employees, adding that the doors for dialogue are always open for them.

Speaking on the last day of current Budget Session in Legislative Assembly,  Omar expressed gratitude to the Speaker, Members, Government functionaries and Assembly staff for effective and positive conduct of Assembly proceedings.

In his special reference to media, Chief Minister said that the role of media in reporting the proceedings of the House was significant and they made people aware about every aspect of the proceedings in a professional and truthful manner.

Omar said that in order to strengthen the democratic temperament, the Members of Coalition were free to raise any genuine point aimed at public benefit seeking solution to problems.

“Ventilation of genuine aspirations for public good in a democratic and parliamentary atmosphere does not mean any difference or cracks in the coalition functioning but it vindicates the freedom of our Members enjoy to highlight public issues”,  Omar said referring to the speculations cast by some people over Coalition Members walk-outs and dissent in the House. He said that coalition is strong enough and will become stronger with the passage of time.

Omar said that the seriousness of Government is not determine by the presence of leader of the House in the House but by the performance of Government and replies given to the questions, Calling Attention Notices, cut motions etc. in a befitting and elaborated manner.

“During the 25 sittings of the current Budget Session, Ministers replied the discussions on grants, questions and supplementaries appropriately”, he said maintaining that there was no adjournment of House at any time during the current budget session, which itself depicts the performance and seriousness of the Government.

Omar said that during the sittings no Bill, Grant or Budget was passed without discussion in which ample time was given to Members to speak. “This also speaks of the seriousness of the Government”, he said and added that we have witnessed when grants were passed in three minutes without discussions and participation by opposition Members during the tenure of opposition (PDP) Government.

The Chief Minister expressed dismay over the attitude of PDP opposition for remaining absent from the House on the occasion of passing the thanks motion for the Governor for his address to the joint session of both the Houses, and on the last sitting of the session when Speaker’s endeavours for conducting the House are appreciated. “In the parliamentary procedures all Members make it a point to be present on both these occasions”, he said saying that this nurtures the democratic culture.

“I treat all Members of the House equally and do not differentiate between the opposition or ruling party Members”, he said adding that nobody has his person involved while raising public issues in the House. However, he said, that Members should not carry outside the House the temperament and heat they depict in the House.

Chief Minister lauded the Speaker,   Mohammad Akbar Lone for conducting the House amicably providing every Member especially opposition ample time to make their point of view on different issues, Bills, Grants etc.. “You have accomplished the tough task in most befitting and appropriate way keeping always cool” , he said.

The Chief Minister also appreciated the role of Deputy Speaker,  Mohammad Sartaj Madni and Choudhery Mohammad Aslam and others who conducted the business of House in absence of the Speaker.