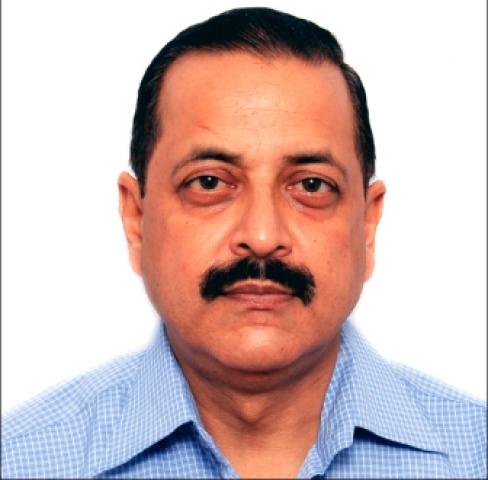 Jammu, June 08  (Scoop News) – Ridiculing the chief minister’s statement expressing inability to provide security to the Yatra from June 15, the BJP State Chief Spokesperson & National Executive Member Dr. Jitendra Singh said that on the one hand the chief minister spends night under a chinar tree to show to the world that Kashmir is secure for tourists visiting the valley while on the other hand he feels it is not secure enough for Amarnath pilgrims.

Dr. Jitendra Singh alleged that this speaks of double standards and prejudice on the part of the NC-led government to disturb peace in the Jammu region and seek twin objectives of appeasing separatists as well scoring one-upmanship over other Kashmir-centric political groups including PDP and the Hurriyat Conference.

Dr. Jitendra Singh observed that every year on the eve of Amarnath Yatra, there is a deliberate attempt on the part of the parties like National Conference and Congress to issue  such statements and reminded that in 2008, a similar statement saying “Ek inch zameen nahin denge” had put the entire region on fire.

Citing the recommendations of the Nitesh Sen Gupta Commission Report of 1996, Dr. Singh said that the state administration is duty bound to provide security to Amarnath pilgrims but this does not entitle the state administration to interfere with the conduct or dates of the yatra which, according to Nitesh Sen, should be the prerogative of an autonomous, independent shrine board.

Dr. Jitendra Singh also accused the present Governor of having politicized the Shri Amarnath Shrine Board (SASB) and made it a tool in the hands of coalition government. The present Governor is responsible for having sabotaged the autonomous character of the SASB and thus having defeated the very purpose for which the Shrine Board had been constituted under the non-political chairmanship of Governor.

Describing the logic of inimicable weather as unscientific, Dr. Jitendra Singh said that some members of the Baba Amarnath Buda Amarnath (BABA) Nyas had already recked the Amarnath Yatra route and found it suitable but it was the state administration which was deliberately trying to create inhospitable conditions to prove its point. He further questioned how the administration or the shrine board (SASB) could predict six months in advance that the weather would be bad on June 15 but good on June 29 whereas there is no such scientific device available the world over to predict such minute changes so much in advance. Even if the weather turns unsuitable in the midst of yatra, the  yatra can be suspended for some time as has been the practice in the past, suggested Dr. Jitendra Singh.

Filed under: Politics, World
Share Tweet Pin G Plus Email
previous article: Nita Ambani: Living in the sphere of values and traditions
next article: Science And Commerce Student Percentage In Universities To Be Increased By 2015