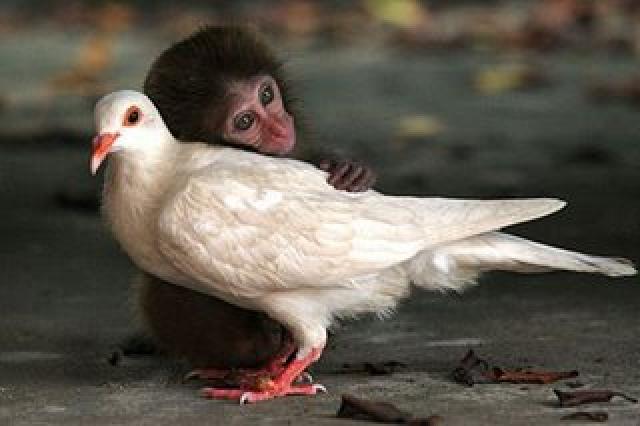 A 12-week old macaque was rescued after being abandoned by his mother in China’s province Goangdong. In poor physical health he showed little will to get better and live. But that was counting without the help of other animal patients ; a dove took to the monkey and literally took him under its wings giving much needed love and affection to the weakened animal. Now the couple seem inseparable as the image show’s.

This is not the first time we see odd couples forming between animals. Last March came the report that a sow was raising a tiger cub along with her piglets !