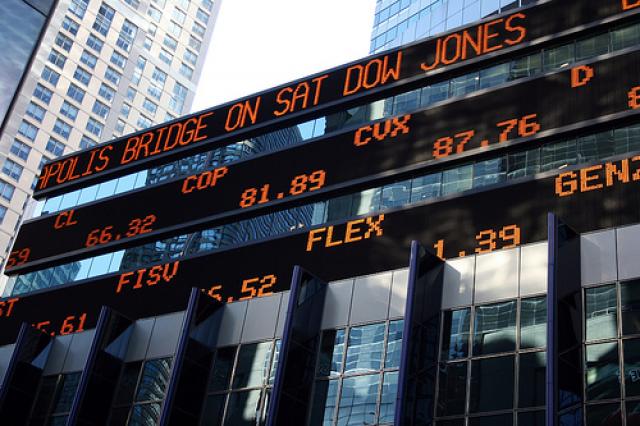 With the Dow Jones industrials average surging more than 300 points, Wall Street commenced the second quarter in positive territory. Investors picked themselves up from the sidelines in an optimistic fashion, hoping that the worst of the credit crisis was behind them.

Top among the gainers Tuesday were financial stocks with Lehmann and UBS adding new shares to shore up their balance sheets. Brokerage firms were quick to bolster their capital bases to ensure that they were not in jeopardy of a near-collapse, as was the case with New York firm Bear Stearns.

Most analysts are convinced that financial shares are due for a turnaround – particularly if the markets are to recover from the housing related subprime mess, reports the Associated Press.

Richard Cripps, chief market strategist for Stifel Nicolaus was quoted as saying in an AP report, "Investors have a difficult time making decisions about the stock market if they don’t have confidence in major financial institutions, so there’s been a lot of sideline cash." Adding, "The extreme conditions that we’ve seen here over the past few months has been missing that confidence … but that appears to be changing, and we’re seeing the response."

Meanwhile, the Institute for Supply Management reported that the national manufacturing reading climbed to 48.6. The figure still implies a contraction but its still better than expected, say reports.

In its steepest climb since March 18, the Dow added 298 points to 12,561.22 in afternoon trading. Also on the ascent were broader gauges, the Standard and Poor’s 500, up 34.2 points, and the tech-heavy NASDAQ composite index, adding 62 points.

As investors put their money into equities Treasury’s declined concurrently with the 10-year note up 3.53 percent.

Along with the gain in the financial sector, the dollar made swift gains as the Euro lowered to $1.5596. Crude was up 9 cents at $101.67 a barrel and gold fell below $900 an ounce. Commodities tend to move in an opposite direction to the dollar as they are perceived as a hedge against the greenback.

Across the Atlantic, European benchamarks finished roughly 2 percent higher, while the Nikkei in Asia moved up 1 percent.