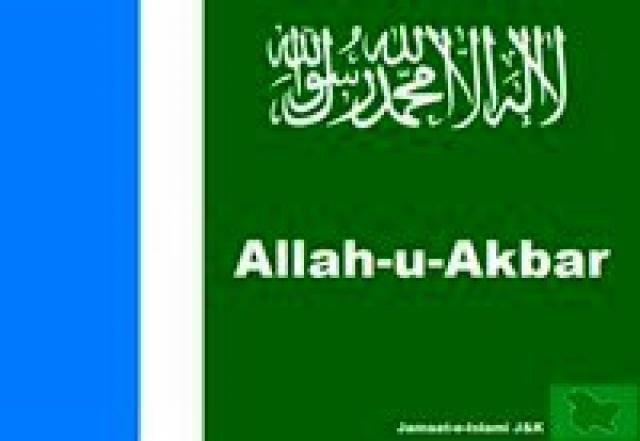 Srinagar, November 29 (Scoop News) – Jamaat-e-Islami J&K, while strongly condemning the absurd views of Dr. Farooq Abdullah in the Calcutta discussions, declares his views as a result of his irresponsible and materialistic approach and sincerely advises him to give-up the anti-people attitude

In a statement, spokesperson Zahid Ali said the way Dr. Farooq Abdullah talked in a discussion held in , clearly indicates his anti-Kashmiri attitude and the way he advocated continuing one of the most draconian laws i.e. AFSPA, in proves beyond any doubt that to remain stuck to the chair.

Zahid Ali said Dr Farooq always pleasing the Indian rulers and that he has no iota of sympathy with the helpless people of .

For achieving this end, he is used to change the colors like a Chameleon. He has none of his own views about anything but is performing like a film actor on the instructions of the Director,Zahid said in a statement.

Heb said neither he is sincere towards his religion nor the people he claims to represent. The only aim in his life seems to be the collection of wealth, by hook or by crook. He seems to be like a ‘robot’ machine devoid of any mental faculties and capacities.

Filed under: Politics, World
Share Tweet Pin G Plus Email
previous article: Guard of honour to late Constable who killed while fighting & gunning down 3 militants
next article: Health sector as one of the most important sectors in J&K government policy:Omar