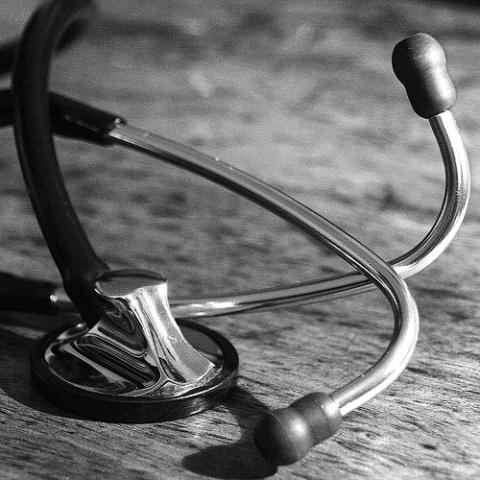 Dr.Govind was a real gem of a man. But, one should know something about him atleast to some extent whether he deserved to be called so. He was a doctor of medicine and he retired from Government service some fifteen years ago. His family was very small and compact. His only daughter was also a doctor and was married to a doctor in the US and had settled in US. Dr.Govind spent all his savings for his daughter’s marriage and sold all his immovable properties except his house for lakhs of rupees and gave all of them to his daughter. Now Dr.Govind was in his seventies. Both his daughter and son-in-law invited Dr.Govind and his wife to come to US and settle there. But Dr.Govind was not willing. It was a prestige issue for him. Why should he go to US and live at the mercy of his daughter and son-in-law.He wanted to continue his practice until his last breath in his own clinic that he ran in the Thiru-vi-ka street, Villupuram. But Dr.Govind was service oriented. Hence he cared a fig for the money. Apart from the pension that he got from the Government, what he earned from his practice was barely enough to run his small clinic, to pay its electrical charges, to pay the salaries of three employees that he had in his nursing home. Only out of the pension, Dr.Govind ran his family, met the medical expenses of his wife and so he had hardly any savings left with him. Dr.Govind’s wife as years went by, had desired to go to US, live in the company of her daughter and son-in-law. One day she openly came out and expressed her desire to go to US. Tears were trickling down on her cheeks as she revealed her intention. Dr.Govind broke down. He consoled his wife and promised to send her to US, but said a firm ‘NO’ when his wife asked him to accompany her to US. Dr.Govind spoke to his daughter and son-in-law in the US and revealed his intention of sending his wife to US, but firmly refused to accept the return Air-Ticket, they offered to send and Dr.Govind was willing to send his wife only. But Dr.Govind did not forget to enquire about his only three year old grandson. Though Dr.Govind promised to send his wife to US very soon, he had no money. Finally,he managed to mobilize money for the air-ticket and other expenses for sending his wife to the US. He engaged a taxi, sent off his wife at the air-port with a tearful farewell. He returned to his house straightaway from the air-port. Went to bed around 11 pm. The next day he did not wake up nor went to his clinic.He had already sold his clinic so as to mobilize fund for sending his wife to US and lost his life as well. Yes, Dr.Govind was a gem of a man !