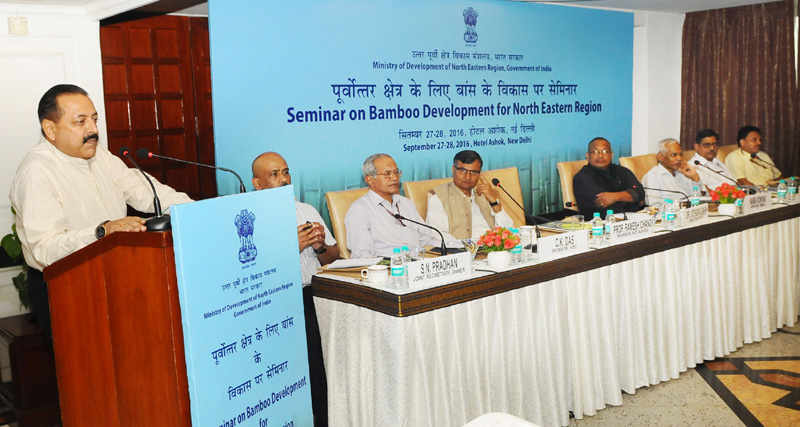 Calls For A “Green Gold” Revolution

Delivering the inaugural address, Dr. Jitendra Singh called for a “green gold” revolution through promotion and trade of bamboo which, he said, had a vast unexplored potential to bring about a quantum jump in the economic growth of Northeast in particular and whole of India in general. The expression “green gold” has been coined to refer to bamboo because it is a miracle plant which is often placed in the category of grass product rather than forest product and matures faster than its other peers, he added. He said that there is approximately 8.96 million hectare of forest area of this country which is covered by bamboo and Northeast is the home for over 60 percent of India’s bamboo reserves.

In the exclusive ‘Brahmaputra Study Center’ proposed by him for the University of Guwahati, Dr. Jitendra Singh announced that a provision will also be made to set up a “Bamboo Cell” devoted to research and innovation by way of new techniques like cloning, hybrid, etc. to have better and faster quality of bamboo products.