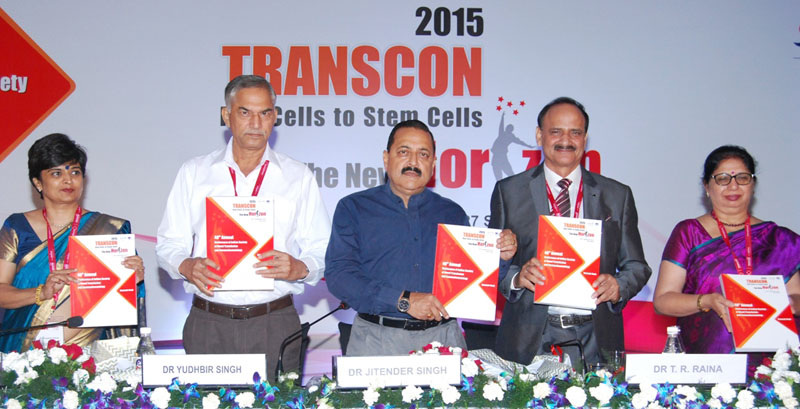 New Delhi (PIB-GR-TYP-BIN): The Union Minister of State (Independent Charge) for Development of North Eastern Region (DoNER), MoS PMO, Personnel, Public Grievances, Pensions, Atomic Energy and Space, Dr. Jitendra Singh emphasized the need to set up readily available blood bank facility along all the major road highways across the country and to begin with, he offered to collaborate with ISBT and related agencies to initiate this process from his own Lok Sabha constituency beginning from the towns along the highway.

He was addressing while inaugurating the 40th Annual National Conference of “Indian Society of Blood Transfusion and Immunohematology” (ISBT), on September 25. With the number of road accidents constantly on the rise, he said, this will supplement timely help to the needy at places where the government infrastructure is still inadequate. In the next phase, the same facility can also be replicated in the interior belts of rural and semi-urban areas, he added.

Dr. Jitendra Singh said, soon a team of experts will be visiting the districts of Kathua, Udhampur and Reasi in J&K to work out an early implementation of this plan. From the experience gained from this area, the same campaign for upgraded empowerment of blood bank facility will also be extended to other States in different parts of the country, including the Northeast, he said.

Dwelling on the academic aspects, Dr. Jitendra Singh said, in the emerging scenario, the indications and requirements of blood transfusion have also undergone a change. For example, he said, while about three decades ago, the bulk of blood transfusion was consumed by people suffering from anaemia or protein deficiency, in the present day and time, victims of road accidents and patients of chronic kidney failure resulting from Diabetes, etc. have become major recipients of blood transfusion.

Dr. Jitendra Singh appreciated the efforts of ISBT and said that its role is not confined only to managing and executing blood transfusion but also spreading awareness among the society to encourage voluntary donations. At the same time, he suggested that the representatives of this organization should also be incorporated by the Health Ministry in the decision making process regarding blood transfusion and related matters.