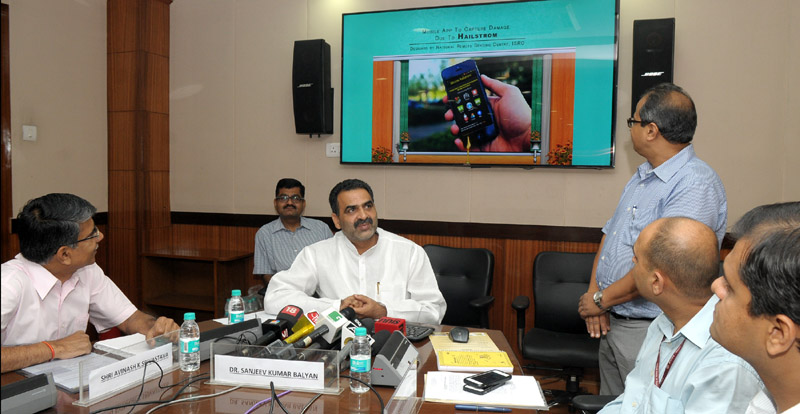 The Minister of State for Agriculture and Farmers Welfare, Dr. Sanjeev Kumar Balyan launched the Android App for Hailstorm Data Collection, at a function, in New Delhi on October 05, 2015.

Dr. Balyan also launched an Android App. Designed by ISRO (National Remote Sensing Centre, Hyderabad). This App will help real time data collection about hailstorm occurrences along with photographs and geographical coordinates (longitude and latitude). The Minister informed that App will help Government to get real time data about the Hailstorms which will be collected through the Agriculture Department officials of different States. This will support in deciding the crop loss more objectively and in a very fast manner.