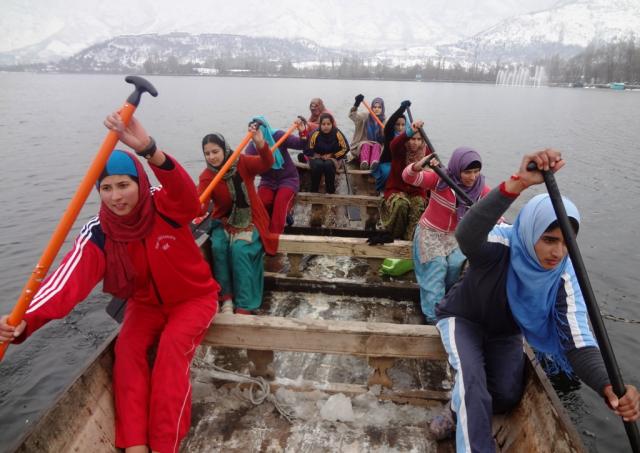 , January 14 (Scoop News) –Kashmiri People prefer to remain indoors these days to avoid chilly cold. They remain busy in keeping their body warm. However, situation is entirely different at SKICC water sports centre where Dragon Boating and Sea Kayaking players could be seen busy with their Sport to bring laurels to the State.

Due to sub zero temperature in valley, many parts of the have frozen but despite that the players are attending the coaching camp daily. It is heartening to see a large number of girls paddling daily in Dragon boats and sea kayaks at SKICC water Sports centre.

The players want to get maximum number of medals in the National Championship. The players first break the frozen parts of the and then pass on their boats. The coaching camp is being monitored and supervised by the general Secretary of J&K Kayaking Umar Rafiq. He also imparts training to the players daily.