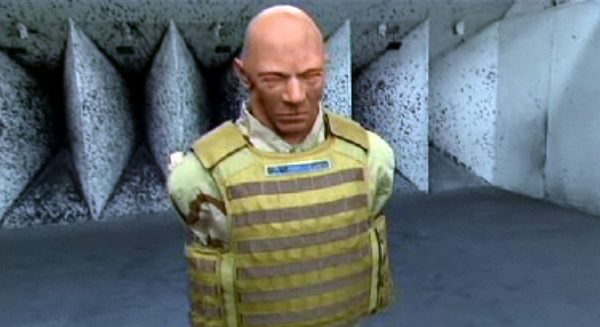 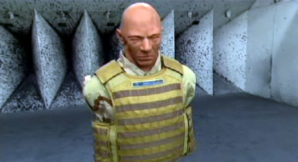 Dragon Skin – the most advance body armor in the world.

Some buddies and I , which included some ex military types got together recently at our local IHOP (International House of Pancakes)  and discussed what we REALLY want for Christmas! There was mention of all the usual items. A new hunting rifle a brand new sports car…etc.

In my case “Dragon skin” has been on my secret Santa wish list for a long time now.

I then proceeded to dazzle them (along with the cute waitress) with stories of just how good this new body armor is.

Dragon Skin is a type of ballistic vest made by Pinnacle Armor. Its characteristic two-inch-wide circular discs overlap like scale armor, creating a flexible vest that allows a good range of motion and is intended to absorb a high number of hits compared with other military body armor.

The ‘building block’ of the armor is a proprietary Silicon Carbide ceramic disc. The discs are then fabricated into armor panels of varying sizes and shapes held in place by a patented imbricated layout process.

The armor is available in three basic protection levels: SOV-2000, which has previously had certification to Level III protection;SOV-3000, which is rated as Level IV by the manufacturer, but has not officially certified as such; and a rating-unspecified “Level V” variant not available to the general public.

It is a very flexible body armor system designed to conform to the shape and movement of those who wear it. Which is incredibly important out in the field. In this respect Dragon skin is really the industry’s only rifle-threat defeating armor that is flexible.

Its also one of the most tested body armor designs on the planet. But two test stand out in my mind to demonstrate just how good Dragon Skin is.

Dragon skin is used by  LE Tactical Teams, First Responders, Military Operators and Defense Contractors around the world. Dragon Skin performs dramatically better compared to the Interceptor – in my opinion.

Products are tailored to fit in a way that rigid panels cannot accommodate. More importantly it provides greater vital organ protection than other armor systems.

Its only flaw is the weight (and its retail unit price). I would personally like to see the armor weigh significantly less than it does. The average infantryman today can carry 80 pounds or more of equipment in battle – not including his weapon (s), ammunition, grenades, LBE (Load Baring Equipment) webbing, Kelvar helmet..etc.

I know the scientists and engineers at Dragon Skin are working on that weight problem. In 2009, NADG™ purchased the patents and intellectual property of a flexible armor technology sold under the trade name Dragon Skin®. The enhanced the evolution of this technology is now reentering the market under new management, superior manufacturing processes, stringent quality assurance protocols, and high-quality, state-of-the-art suppliers.

In June 26, 2014 NADG – North American Development Group LLC (NADG) – which owns the intellectual property rights to Dragon Skin passed official NIJ certification testing for Level 3 Spike and Edge with zero penetrations with its X2 technology – making it the lightest, most flexible and comfortable Level 3 conforming Spike and Edge armor on the market.

So the technology is evolving pretty rapidly.