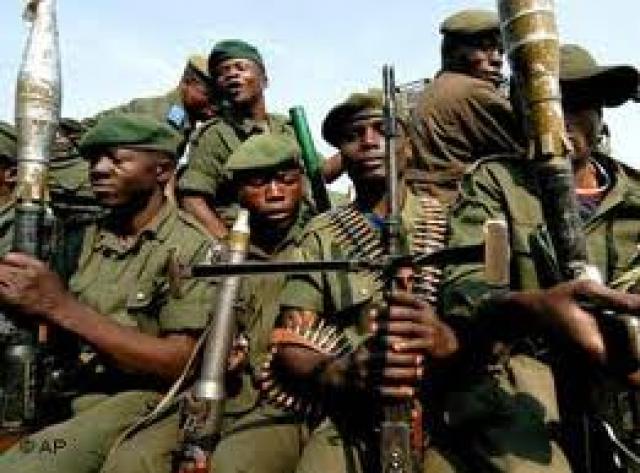 New York -Rebel  Leaders in Democratic Republic of Congo  that carried out mass rape on civilians are mostly to face war crimes charges, a UN conflict envoy said on Tuesday.

Margot Wallstrom, special representative on the prevention of sexual violence in conflict, made a direct warning to the heads of militia and armed groups in the African nation where more widespread sexual attacks were reported in August.

Wallstrom called it a "horrific spree of rape, pillage and shooting." The UN mission in DRC has said it is investigating to see whether UN peacekeepers in the region could have done more to prevent the rapes.

Wallstrom said many of the women were deliberately sexually assaulted in front of their families or all members of their village as a move "to put fear into society".

"It is being used in the DRC as part of a tactical war of terror, used by armed groups as a means of achieving military and economic ends," Wallstrom told a press conference at the UN headquarters.

"In this case, like so many others, systematic rape was planned and preventable."

She said: "We have to take important steps to make sure that there is no impunity. We have to go after them."

The United Nations said on August 23 that at least 179 women in Nord Kivu province, in eastern DRC, were the victims of mass rape between July 30 and August 3. It blamed the Democratic Forces for the Liberation of Rwanda (FDLR), a Hutu rebel group, and Mai-Mai militia.

Wallstrom again named the groups in her warning of cases before the International Criminal Court (ICC), though the FDLR has denied any involvement.

Jean-Pierre Bemba, a former candidate for the DRC presidency, is currently before the ICC facing charges of having committed and covered up war crimes when he headed a militia in the east of the country.

"We want to see more of these cases in the international tribunals and courts," said Wallstrom, a former Swedish government minister and EU commissioner.

She called for a "strong signal" to be sent "that the time when sexual violence is tolerated and sidelined as a product of war is over".

Wallstrom added: "Putting it on the agenda of the ICC and the Security Council is really a historic turning point."

"Sexual violence should never again be dismissed as random or controlled or inevitable," she said.

The UN Security Council called on the DRC government last week to find and punish those behind the mass rape around the town of Luvungi in Nord-Kivu.

At a special Security Council meeting, members criticised the slow response by the UN troops and the government to the attacks.

US Ambassador Susan Rice said at the time: "The (UN Security Council) Secretariat was clear in acknowledging that things did not occur as they should have."

The FDLR is accused by the Rwandan government of taking part in the genocide 16 years ago, in which 800 000 people were killed, before the militants fled into DRC.

Rape is frequently reported in eastern DRC and blamed on a range of armed movements, including DRC’s regular army.

According to the UN High Commissioner for Refugees, at least 1 244 women reported being raped in the first quarter of 2010, 14 rapes per day on average.