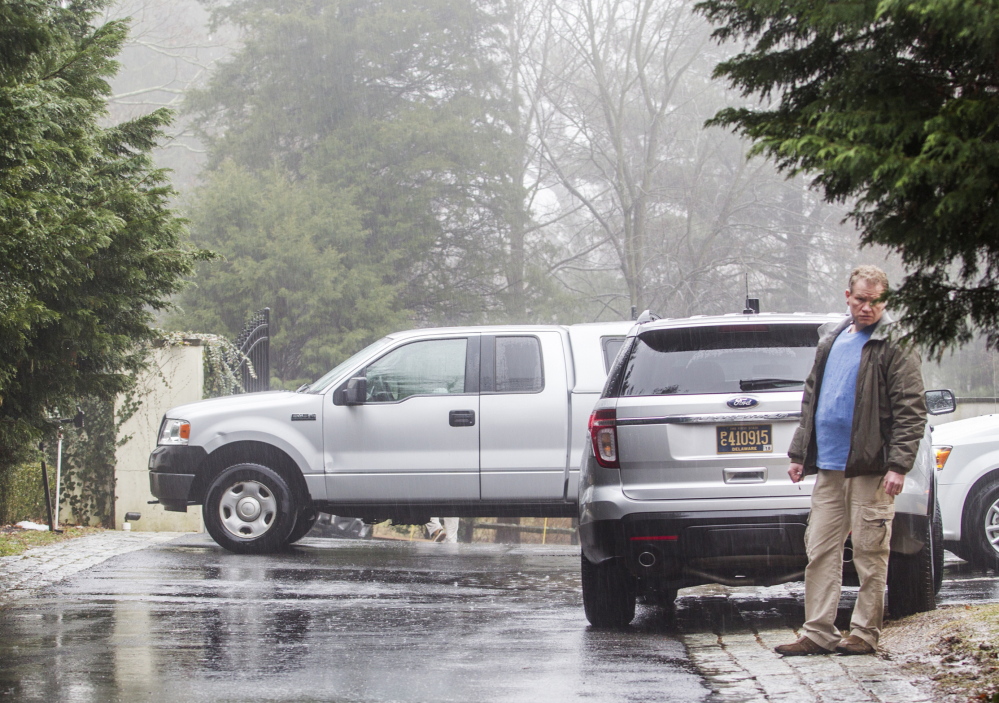 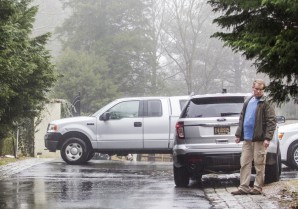 A security official stand outside the VP house. Note on Sunday morning: He is wearing what looks to be “soft body armor.

There were reports indicating that some person or persons unknown did a drive by shooting outside the Vice President’s Delaware Home on Saturday. They fired “multiple shots.”

According to the Secret Service:

“A vehicle drove by the vice president’s residence at a high rate of speed and fired multiple gun shots. This occurred on a public road outside the established security perimeter. The shots were heard by Secret Service personnel posted at the residence and a vehicle was observed by an agent leaving the scene at a high rate of speed,” Secret Service spokesman Robert Hoback said.

The incident happened around 8:25 p.m. local time on Saturday. Guards were unable to detain the offender. The Secret Service and local police have started searching for the shooter.

“The Secret Service is working closely with the New Castle County Police on investigating this incident,” the agency’s statement reads.

No injuries were reported.

The incident has called into question the security protocol around the VP’s home and caused heightened concerns this attack may be terrorism related. The Secret Service refused comment when asked to provide more details on this incident saying only the “incident remains under active investigation.”

The mission of the Secret Service is to ensure the security of our President, our Vice President, their families, the White House, the Vice President’s Residence, national and visiting world leaders, former Presidents, and events of national significance.

Filed under: News, US
Share Tweet Pin G Plus Email
previous article: ISIS training elite special forces and commando units in Turkey
next article: Chaos in the middle of the night at Constitutional Assembly