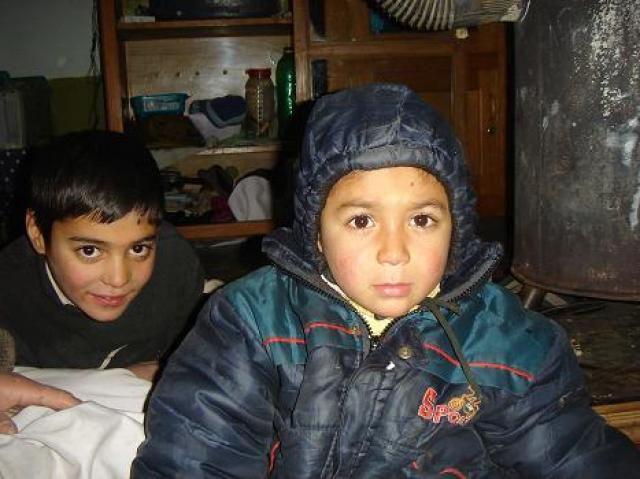 CHITRAL:   Dead body of an aged person recovered under debris of avalanche at Golain valley at upper Chitral. According to Tehsil Municipal Officer (TMO) Chitral golain valley has received some 4 feet snow during recently layer of snowfall. As a result people of the entire valley facing great problems and communication system of the are have badly compounded. According to TMO a man namely Fazullah son of Hameedullah resident of lower golain has gone to other village to collect fodder for his cattle. Since that he was missing for the last two days and his relatives were searching him in the suburb areas hence some volunteers of the area searched him where a heavy avalanche had hit the surrounding area and his dead body was recovered under avalanche which was handed over to his heirs and was laid to rest later on. Fazullah 55 was a poor person and died under natural calamity his relatives have appeal for compensating his family.
House burgle in Drosh.
CHITRAL:  A house was burgled at Drosh area. According to SHO police station Drosh some 45 KM from here two thieves entered the house of Bashir Ahmad son of Muhammad Khan at Koro village of Drosh and broken box lying in his room. The thieves’ theft precious worth 124000 from his house and flee away from the scene. On the complaint of Bashir Ahmad Drosh police registered a case under theft case against two accused Amir Hussain Shah Son of Haji Hamal Shah resident of Potanyandeh Drosh and Jehanzeb son of Akbar Hussain resident of Kaiso Drosh and started further investigations.
YSDO felicitated his member on nominating in world cup tournament.
CHITRAL (DROSH):  Chairman Young Star development organization (YSDO) Asfandiar Khan, supervisor subadar retired Saeedullah and Manager Blood donation committee Mahboob Ahmad thanked chairman Pakistan Cricket Board, Cricket Selection Committee and captain Pakistan Cricket (national)  Team  Shahid Afridi for nominating and including name of Junaid Ahmad for world cup squad. They said that Junaid was member of Young Star sports and Welfare Society Drosh who have meritorious services for the organizations as well for the area and on including his name for world cup squad it is success of YSDO that they created and prepared such talent players within a short period.
PESCO Chitral  lamented for negligence.
CHITRAL: Consumers of Balach, Met and Civil Aviation Colony strongly criticized line and management staff of Peshawar Electricity Supply company (Pesco) Chitral for their negligence and lack of interest in their duties. A large number of consumers complained that Pesco staff has removed links of Transformers at Balach and disconnected power supply to the entire area on Monday as a result the whole area plunged into dark. Although supply of electricity has been suspended from national grid station due to fault in main transmission line at Lawari top after heavy snowfall but these areas are being electrifying from local hydro power station at Singore. On restoring of power supply on Thursday despite of solving the problem Pesco staff not re-connected Balach and suburb  areas as a result these people deprived from electricity for more than four days which is totally illegally and immorally. A number of consumers have demanded from chief executive Pesco Muhammad Wali Khan, Chief Engineer Operation Siddiq Awan and Superintendent Engineer Pesco Mian Mukhtaram Shah for conducting an inquiry in this regard and taking action against the defaulter staff of Pesco Chitral that why they disconnected power supply for 5 days of Balach area illegally and despite restoring of power supply from national grid station to Chitral even than they not connected transformers (link) of the area due to their negligence and irresponsibility.
G.H. Farooqi PO Box NO. 50 GPO Chitral Pakistan phone No. 00923025989602, 03337069572, 03469002167, 03159698446, 0943-302295, 316052, 414418
Email: gulhamad@gmail.com, gulhamadfarooqui@yahoo.com
Filed under: Politics, World
Share Tweet Pin G Plus Email
previous article: J&K Minister refutes allegation of patronage to land grabbers
next article: ICIMOD News