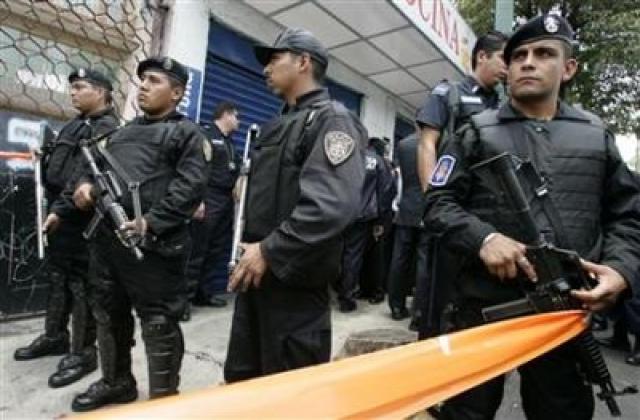 The number of drug-related killings in Mexico is increasing so exponentially that they’re almost not news. The latest is right out of a Hollywood gangster movie:  A Mexican police chief and his three bodyguards gunned down while they ate lunch in Mexico City on Thursday, June 26.

Further north, in Juarez, the murder capital of Mexico, gunmen had killed 17 people on Sunday and another six on Tuesday. These killings bring the Juarez murder tally to an unbelievable 500 people murdered since the beginning of the year. This in spite of the fact that the city is patrolled by military troops and federales.

In the latest Juarez attacks, the gunmen struck before dawn, killing six men, including a father and son, and dumped the bodies of two other victims in the trunk of an abandoned car, police said. "They came for the father and the son tried to protect him and it cost him his life," a police spokesman said.

Back to Mexico City. On Thursday, the gunmen were after Igor Labastida, a regional director for trafficking and contraband in the federal police force. His three bodyguards, taken by surprise, were killed as well as heavily armed hitmen burst into the restaurant and mowed the four down. One of the bodyguards was a woman.

The combination of President Felipe Calerderon’s declared war on the cartels and the cartels fighting among themselves for control of the lucrative drug trade account for the gruesome statistics:  500 police officers killed since Dec. 2006 when Calderon launched his offensive; more than 4,000 killed in drug violence since Dec. 2006; more than 1,600 people  killed this year, putting the murder rate on a faster pace than in 2007.