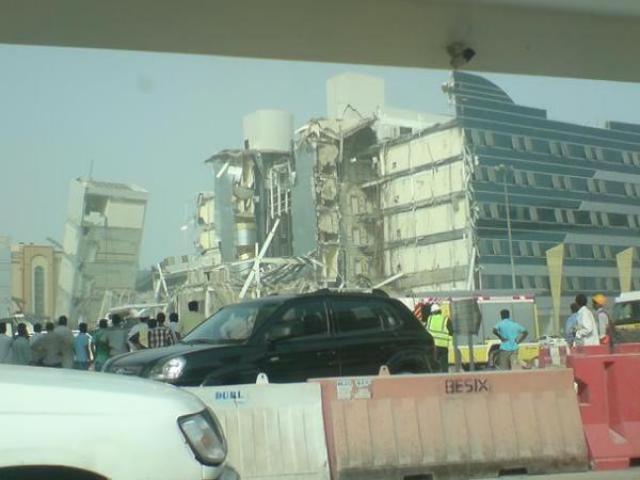 A high-rise building under construction collapsed in Dubai on Sunday afternoon, though there were no immediate reports of casualties, per the Emirates News Agency.

@MaliZomg of Dubai provided live tweets from the scene.

Other Dubai Twitterers provided additional context and observations shortly after the collapse:

This TwitPic from the scene was posted by @MaliZomg: