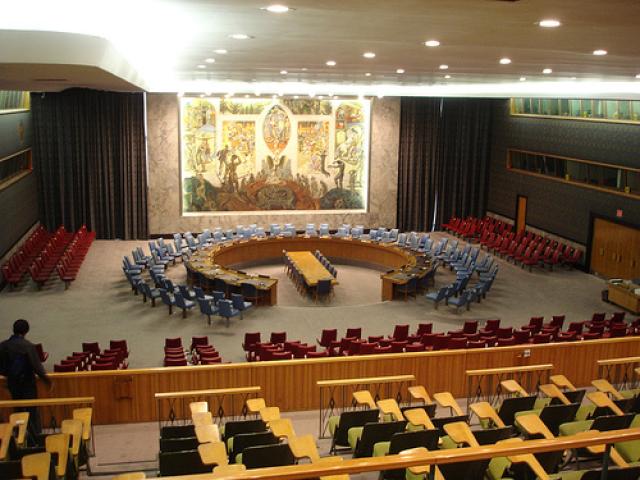 It decides it has no jurisdiction to hear a lawsuit against the organisation brought by survivors of the 1995 Srebrenica massacre.

By Simon Jennings in The Hague

Judges at the District Court in The Hague this week granted absolute immunity to the United Nations in a lawsuit brought against it by relatives of the victims of mass executions during the Bosnian war.

"The Court declares that it has no jurisdiction to hear the action against the United Nations," read the judgement handed down by Judge Hans Hofhuis on July 10.

"In international law practice the absolute immunity of the UN is the norm and is respected."

The Mothers of Srebrenica, an organisation representing more than 6,000 of the victims’ relatives, had brought a lawsuit against both the UN and the Netherlands government for the failure of Dutch troops, acting under a UN mandate, to prevent the genocide in Srebrenica.

The ruling was made during the week of the 13th anniversary of the Srebrenica atrocity. On July 11, 1995, the town was overrun by Bosnian Serb troops, after which an estimated 8,000 captured Bosniak men and boys were loaded onto trucks and taken away for execution.

The area around Srebrenica had been declared a UN "safe area", guaranteeing the protection of its people, as well as thousands of others from nearby villages who took shelter there.

Both the war crimes tribunal in The Hague and the International Court of Justice have since ruled that what was the worst mass killing on European soil since the second world war was in fact genocide.

According to this week’s ruling, the court agreed with the Dutch state’s argument that the UN had immunity. Under the UN’s founding charter, the 1946 Convention on the Privileges and Immunities of the UN, the organisation has the benefit of legal immunity "for the fulfillment of its purposes".

But lawyers representing the Mothers of Srebrenica argue that genocide falls outside such "purposes" and in claiming immunity the UN fails to meet its international obligations. The arguments were dismissed by the court.

Despite the ruling, their lawyer Axel Hagedorn was optimistic that the case could still be won, telling reporters that he would appeal and if necessary take it to the European Court of Human Rights.

"We are quite convinced that if we go to the European Court of Human Rights we shall succeed," he said after the hearing.

"[The relatives of the victims] find it unacceptable that the UN is the only organisation in the whole world that is uncontrolled and has absolute powers and therefore stands above the law," Hagedorn’s legal team said in a statement.

Hagedorn said that the verdict had not come as a surprise – no party has ever successfully been able to sue the UN.

"We knew when we started this case that it would never end at the first instance. We knew we had to go on for some years. We always expected that we might have to go to the European Court of Human Rights," he said.

"We never expected you can do something totally new in legal terms in the first instance in the district court in the Netherlands. That’s not something you can expect."

But the ruling did have worrying implications for the actions of the UN, he said.

"[Judges] said the Genocide Convention is less important than the absolute immunity of the United Nations," said Hagedorn. "This is very dangerous because that means that the United Nations soldiers can do whatever they want and you can never charge them. So the victims, the relatives, the Mothers of Srebrenica are without any rights."

The Mothers of Srebrenica will continue their lawsuit against the Netherlands for the same failings in Srebrenica – it was a Dutch battalion that comprised the UN force accused of allowing the area to be overrun by Bosnian Serb troops.

The ruling on Dutch state responsibility is scheduled to be heard on September 24. According to Hagedorn, this week’s judgement on the UN will have repercussions for this part of the lawsuit.

"What is quite likely is now the [Dutch] state will the whole time say, ‘Well we didn’t do anything wrong, we were under UN mandate and you have to go to the UN’, which you cannot [do] because they are immune. That will be a logical argument now," Hagedorn told IWPR.

This week’s ruling came as thousands of mourners headed to Srebrenica to remember the victims on the 13th anniversary of the genocide. As part of the memorial proceedings, more than 300 victims were finally laid to rest at a cemetery in Potocari, bringing the total buried there to 3,215.

Simon Jennings is an IWPR reporter in The Hague.