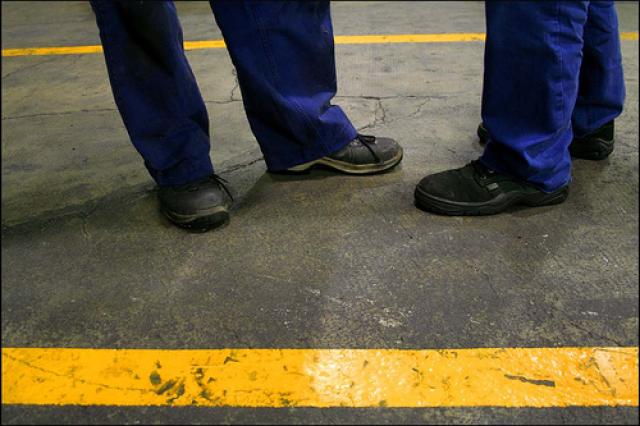 In 2007, the CEO of a Standard & Poor’s 500 company received, on average, $14.2 million, according to preliminary numbers from The Corporate Library, a corporate governance research firm. The median compensation package received was $8.8 million.[1]

A reasonable and fair compensation system for executives and workers is fundamental to the creation of long-term corporate value. However, compensation for top executives has grown at an unprecedented rate in the past two decades resulting in a dramatic increase in the ratio between the compensation of executives and rank-and-file employees.

The chief executive officers of large U.S. companies averaged $10.8 million in total compensation in 2006, more than 364 times the pay of the average U.S. worker, according to the latest survey by the United for a Fair Economy.[2]

Boards of directors are responsible for setting CEO pay. Frequently, however, directors award compensation packages that go well beyond what is required to attract and retain executives and reward even poorly performing CEOs. These executive pay excesses come at the expense of shareholders, as well as the company and its employees.

According to a recent study by ERI Economic Research Institute and The Wall Street Journal, executive compensation grew substantially faster than corporate earnings in the past year. The study of 45 randomly selected public companies found that executive compensation increased 20.5 percent from a year ago, while revenues grew just 2.8 percent.[3]

During the past 12 months, overall total compensation of the highest-paid executive increased 20.5 percent while revenues increased 2.8 percent, the study found. As of February 2008, the average top executive received overall total compensation of $18,813,697, according to the study. In comparison, the median pay for workers rose only 3.5 percent to $36,140 in 2007, from $34,892 the previous year, according to the U.S. Bureau of Labor Statistics.[4]

Moreover, while performance-based bonuses for chief executives of large public companies dropped in 2007, companies more than made up for that decline by giving out bigger discretionary bonuses and other payments not tied to a specific financial target, according to a recent study by Equilar, the executive compensation research firm.[5]

Excessive CEO pay takes dollars out of the pockets of shareholders—including the retirement savings of America’s working families. Moreover, a poorly designed executive compensation package can reward decisions that are not in the long-term interests of a company, its shareholders and employees.

Some CEOs may have far greater control over their pay than anybody previously suspected. Angelo Mozilo, chairman and chief executive officer of Countrywide Financial Corp., brought in a second compensation consultant to renegotiate his package in 2006 when the first one said his pay package was inflated.

In an e-mail message, Mozilo complained to John England of Towers Perrin, who helped redo his pay package: “Boards have been placed under enormous pressure by the left-wing anti-business press and the envious leaders of unions and other so-called ‘C.E.O. Comp Watchers.’”[6] Mozilo’s renegotiated contract with Countrywide included an annual salary of $1.9 million, an incentive bonus of between $4 million and $10 million, perks and fringe benefits, as well as $37.5 million in severance benefits. Under public pressure, Mozilo subsequently agreed to give up the severance package.[7]

Excessive CEO pay is fundamentally a corporate governance problem. The board of directors is supposed to protect shareholder interests and ensure that CEO pay reflects performance. However, at approximately two-thirds of companies, the chief executive officer also chairs the board. When the same person serves as both chairman and CEO, it is impossible to objectively monitor and evaluate his or her own performance.

CEOs also dominate the election of directors. The vast majority of directors are hand picked by incumbent management. Because of the proxy rules, it is prohibitively expensive for long-term shareholders to run their own director candidates. Moreover, even if a majority of shareholders withhold support from directors, they still are elected to the board at many companies.

Ultimately, shareholders have to be able to trust their boards of directors to set responsible CEO pay packages. For this reason, CEO pay will be reformed only when corporate boards become more accountable. Until then, CEOs will continue to influence the size and form of their own compensation, and CEO pay will continue to rise.

[1] Preliminary data from The Corporate Library is based on 211 proxy statements filed through April 9, 2008.