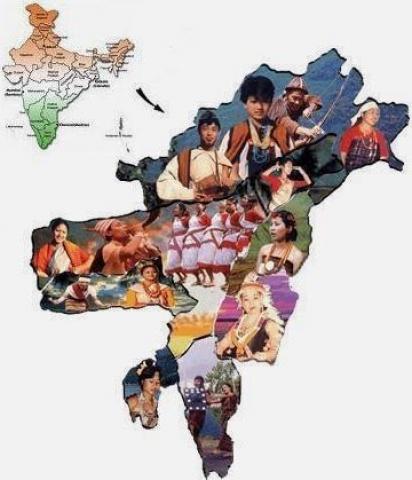 One of the world’s worst quake-prone belts, the North-east region of India, is finally waking up to the need of disaster preparedness, thanks to the recent Sikkim earthquake.

The north-east region of India – a cluster of 7 hills states bordering Myanmar, China, Bhutan and Bangladesh, falls in zone V, the sixth worst quake-prone belt in the world. In the wake of the Sikkim earthquake which rocked large parts of north, east and northeastern India, beside Nepal and Bangladesh, the states have started the urgent and long neglected exercise to review their disaster management mechanism. The earthquake, measuring 6.8 magnitude in the Richter scale, has claimed the lives of more than a hundred, beside injuring several hundreds.
Last 2 days, the chief ministers and chief secretaries of Assam, Mizoram, Meghalaya, Manipur and Tripura have reportedly held several rounds of meetings on how to develop the existing infrastructure for such a situation in the future.
In Agartala, capital of Tripura state, Chief Minister Manik Sarkar Tuesday reviewed the preparedness of the state to deal with an earthquake. Later, any briefing the press on the meeting, state Finance Minister Badal Choudhury said: “Central government should set up at least one station in each capitals of all the eight northeastern states with adequate number of NDRF (National Disaster Response Force) personnel.”
In Assam also, Chief Secretary N.K. Das held a review meeting with the officials of the Guwahati development department, Guwahati Municipal Corporation, public works department (roads and buildings) and the meteorological department. Assam – where tremors cocur regularly, has been the hardest hit state by earthquakes in the past,
Mizoram Chief Minister Lal Thanhawla and Manipur Chief Minister Okram Ibobi Singh have also held similar assessment meetings in Aizawl and Imphal respectively and directed the officials to review the preparedness on the spot and take precautionary steps to deal with any eventualities.
According to a government official, the Mizoram chief minister has asked the district magistrates of all the eight districts to make preventive measures to cope with the post quake situation.
However, according to a series of online polls held by a number of newspapers, citizens strongly believe that none of these states has adequate facilities to deal with an earthquake on its own and disaster preparedness can’t be done without large-scale financial and technical support from the union government.
Filed under: Health & Science, World
Share Tweet Pin G Plus Email
previous article: Reliance Industries and Siemens Join Forces to Develop Electronic Security Solutions
next article: To Degree or Not to Degree? eLearners.com’s Guide Helps Prospective Students Answer the Question