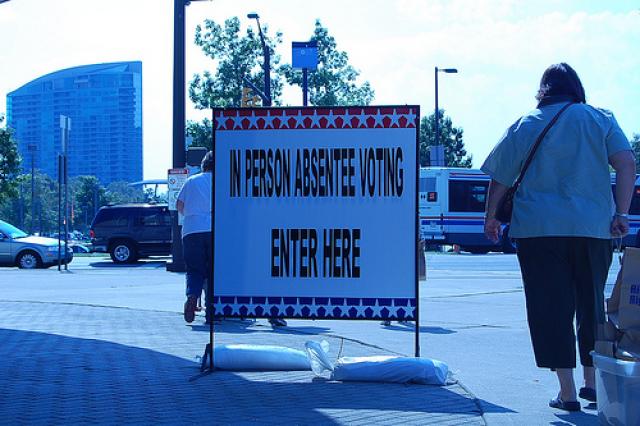 The most important current issues on voters’ minds in Southern Ohio would seem to be the related factors of jobs and the economy. Southeast Ohio, being primarily a part of the Appalachian region and sharing similar rural demographics with its neighbors West Virginia and northen Kentucky, has a long history as a swing-segment within Ohio as a whole, usually backing the candidate with the most favorable economic agenda.   Southern and southeast Ohio in general usually is at odds politically with the primarily Democratic industrial regions of the northeast and central portions of the state. These regions, with their industrial and manufacturing-based blue-collar workforce tend to generally prefer Democratic and liberal candidates due in part to their strong labor union bases.

Fluctuations in the ecomonic status which impact job creation and retention are particularly hard-felt in southern Ohio, which relies primarily on service-based jobs, as only 2.11% of the region is classified as “urban” (Ohio Office of Strategic Research, 2006). The primary land use is overwhelmingly forest and agricultural. The small “micro-urban” areas of southern Ohio, which are actually metropolitan extensions of the larger cities such as Huntington, WV, Parkersburg, WV, and Ashland, KY, mostly employ a workforce of medical- and hospital-related service jobs such as nursing and administrative support, or otherwise involve educational jobs such as teachers and teaching assistants. Very few white-collar jobs exist in the region. Outside of these metropolitan extensions, the primary job market consists of mining, agricultural, and low-wage service employment such as restaurant and construction work.               Therefore, any fluctuations in the economic status as a nation is highly amplified in southern Ohio and other rural areas of the United States. Overwhelmingly dependent on the fortunes of local employers and consumer spending habits which support these businesses, service industry employees concurrently are witness to repeated cycles of boom and bust and are affected negatively by these cycles to a greater extent than more urbanized or industrial regions of the state. This is why job creation and stability are such important issues to voters in southern Ohio.