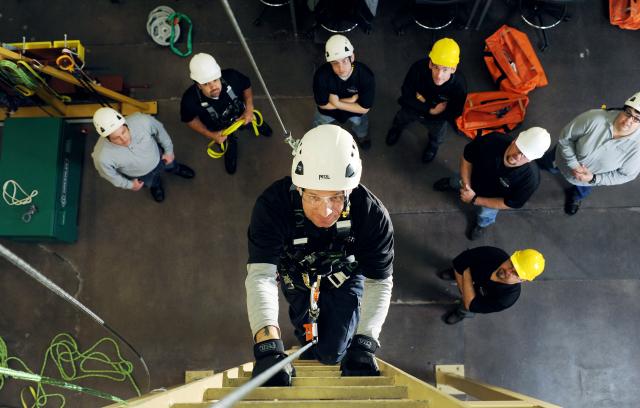 Ecotech Institute, the first and only college entirely focused on renewable energy and sustainability, today announced that it has formed a relationship with Colorado-based Veterans Green Jobs, whose mission is to engage, transition and connect military veterans with meaningful employment opportunities. About 15 percent of Ecotech’s current student population is made up of military veterans.

Together, Ecotech and Veterans Green Jobs will focus on encouraging and enhancing opportunities for military veterans by promoting career opportunities in the green jobs sector, both in Colorado and nationally.

“Our military population has already been through so much and we want to make sure we’re providing the support they need to excel in school and go on to have productive careers,” said Michael Seifert, president of Ecotech Institute. “Veterans Green Jobs has a similar focus, believing that the right jobs can make all the difference in helping our military veterans enjoy a successful life after service.”

As part of its commitment to military students, Ecotech recently hosted a seminar on Post Traumatic Stress Disorder (PTSD), taught by the Denver Department of Veterans Affairs. Ecotech administration, program directors and instructors attended the session to better understand what many student veterans are going through. According to “Help my PTSD,” one in every five military personnel returning from Iraq and Afghanistan has PTSD and in the past year the number of diagnosed cases in the military has jumped 50 percent.

At Ecotech, 67 students are either military veterans or currently serving in the military.  Of those, three will graduate on June 21, 2012.  One of those students is Monica Soto, who will graduate in June with a degree in Wind Energy Technology. Monica spent more than eight years in the Navy as an aircraft mechanic, but after 9/11 she left the Navy to be closer to her son and build a career where she could raise him in one place. After trying some other career paths, she found Ecotech when seeking an opportunity that would capitalize on her training and previous associate’s degree, and also build a bridge between her time in the military and her life as a civilian.

“As a single mom and 100 percent disabled vet, I didn’t know where to find my place in the civilian community and Ecotech met my needs in a variety of ways,” said Soto. “I knew my purpose in the Navy and felt lost after I left; I now feel a purpose again. I’m excited about putting my skills to work to better my own family and our environment.”

Ecotech Institute will have its first graduating class in June 2012. Ecotech Institute, which is accredited by the Accrediting Council for Independent Colleges and Schools, offers highly practical renewable energy degree programs that provide graduates with skills valued by today’s alternative cleantech employers.

Learn more about Ecotech Institute, or call 877-326-5576. The next round of classes begins in late June and applications are being accepted now. Financial assistance is available to those who qualify.